Sat 2/22—Light snow showers/flurries at times during the day and into the early evening, ending overnight—maybe an inch accumulation by Sunday morning.

Infrared satellite imagery (below) today shows a cut-off low pressure system off the SoCal coast with extensive high clouds moving into central CA.   High pressure is positioned around the cut-off across the rest of the eastern Pacific and Western US.

Models are forecasting the cut-off low pressure system to move into SoCal tomorrow (image below) and it will be just far enough northward for some light snow showers or flurries in Mammoth during the day and into Saturday evening.

All the models are only showing light amounts of precipitation in Mammoth tomorrow with the GFS (image below) only showing about 0.05”.  The ECM has about 0.15” while the ECM mean has about a tenth of an inch.  So maybe an inch accumulation and dust on crust conditions with snow levels around 6000 feet.

The cut-off low exits eastward on Saturday night and high pressure will build into CA and Mammoth into mid-week (image below) for a return of the same fair and dry weather pattern that has occurred over the past month.

The longer range forecast pattern is the same old song of persistent high pressure and continued dry conditions.  It appears almost certain Mammoth will set the February monthly low snowfall record with possibly only an inch or even no snowfall for the month.

The latest ECM model keep the ridge in place through next Friday (image below) for seasonably mild weather and spring conditions on the lower part of the mountain.

That model does move an upper level low pressure system through the Sierra over the following weekend (image below) for colder weather along with some snowfall.  However, that solution is not well supported by the ensembles that favor another inside slider type storm.   The other models are also showing it moving east of the Sierra as a weak slider type system.

The fantasy range climate guidance from the CFS has continued to move the wet needle back with every model run.   It now keeps mostly dry conditions through early March (image below) with a chance for a wetter pattern moved back until mid-March (two images below).  The ECM model is similar. 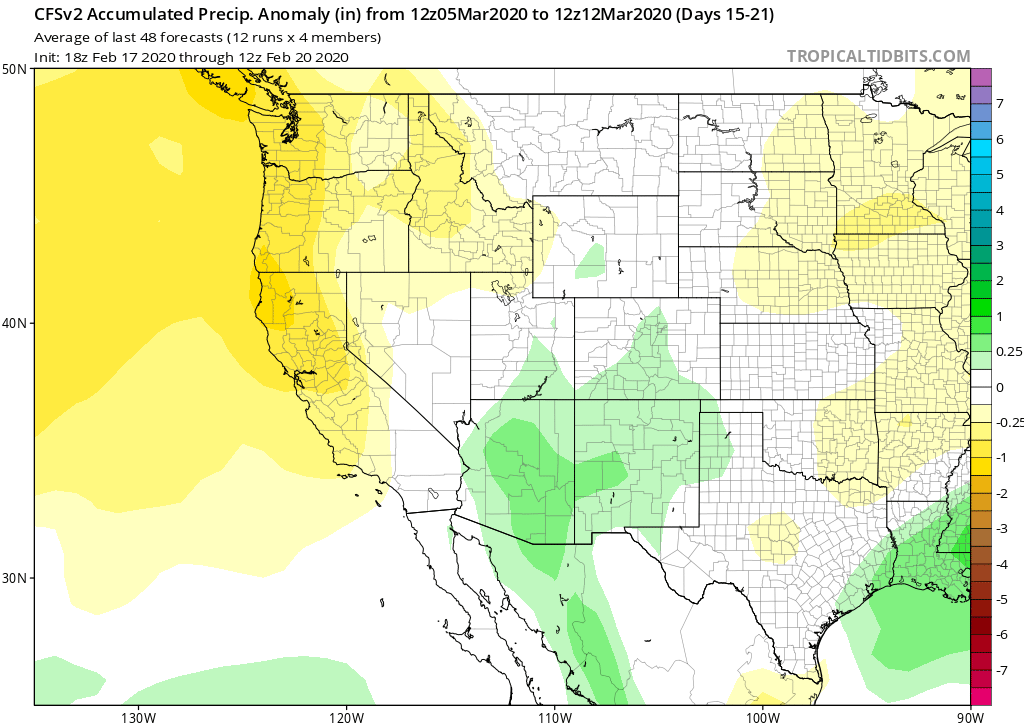 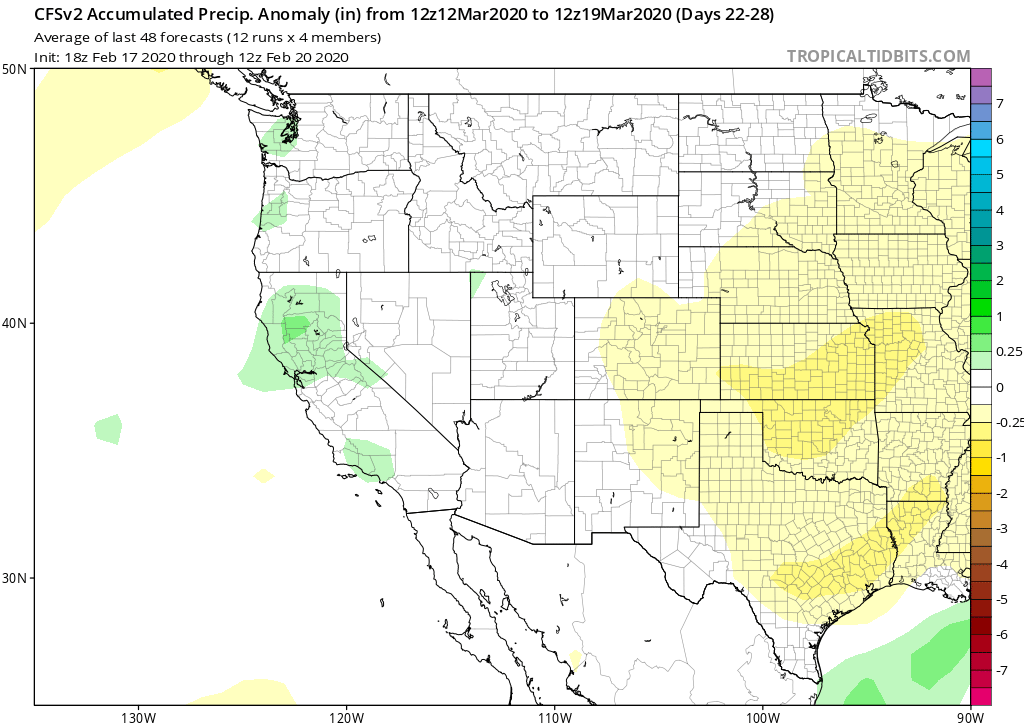 Overall, there is no large scale atmospheric forcing in place to change the overall tele-connection pattern in the next couple weeks.  The MJO signal is flat, there is no high-latitude blocking, and the stratospheric polar vortex is forecast to remain strong keeping the AO positive and all the cold air bottled up near the pole.  This dry spell will have to break some time and we might have to wait until nearly spring.  WG