Sat 1/16 through Tue 1/19 – No snowfall expected all days except for a chance for flurries or light snow showers early Monday. Windy Monday night and Tuesday.

The visible satellite image (below) this afternoon shows some passing high clouds interrupting a very mild January day as temps reached into the 50s at Main and low 40s up top. 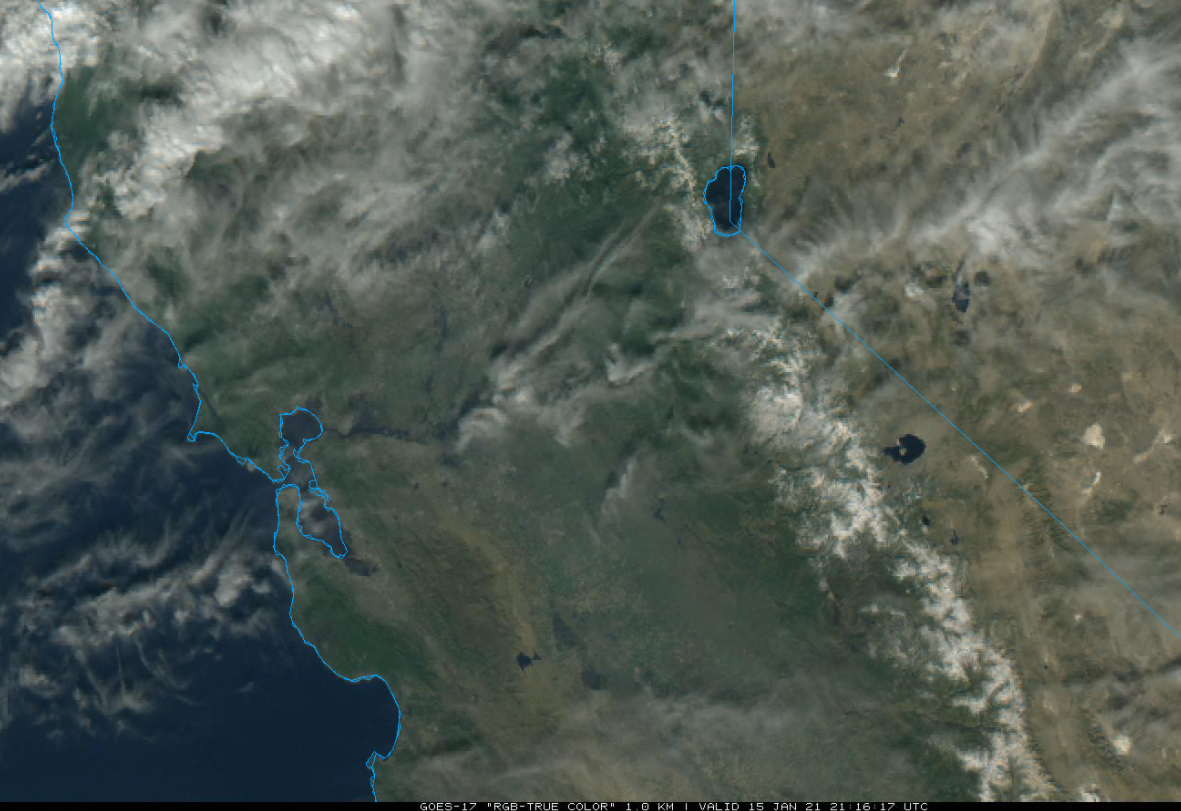 The mild January weather will continue through the weekend as the high pressure ridge will hold firm over CA through Sunday (image below).  Looks like temps may cool a couple degrees tomorrow before warming back up a few Sunday.

Changes in the weather start Monday, but unfortunately it looks like 4 feet of wind instead of snow as only flurries are possible on early Monday. An inside slider short wave trough will move southward through the Sierra Monday and into early Tuesday (image below) and it will be good set-up for strong northeast winds as high pressure build quickly behind it.

Looks like winds ramp up big-time Monday night and stay strong through most of Tuesday with gusts up to 100 mph possible in the upper part of the mountain.  But it will be quite windy all over the mountain on Tuesday too, a good day to rest.

The longer-range guidance has not changed much since the last update and that is a good thing as the forecast was calling for a transition into a more favorable pattern for snowfall by the last week of January.

It looks like the transition may still start by the end of the week, although the timing is still very questionable.  For the 12Z run this morning, the ECM is by far the most favorable solution for the end of next week with a very deep high-latitude type trough right over Central CA (image below).  That would result in cold and dry snowfall and the model suggests at least a foot.

The GFS model also as a deep upper low moving southward in the northerly jet stream flow, but moves it farther southward and into a cut-off of the SoCal coast (image below).  That would keep the best chance for heavy precipitation in SoCal and closer to the coast (two images below).  The Canadian is different too (three images below), placing the trough farther northward into the PacNW and too far northward for big snowfall in Mammoth.

The current forecast follows the ECM ensemble mean along with the GFS ensemble mean (image below) that supports a high-latitude type storm moving into Central CA around the end of the week.  The mean has about 0.50” liquid and that would easily be 6” at Main.  Those details will change as we get closer as the potential event is a week away.

The pattern should become more favorable over the last week of the month as the discontinuous retrogression of the long-wave ridge/trough is forecast to continue allowing potential storms to have an over-water trajectory before moving inland.

That does lend support to the GFS solution that keeps a deep trough and southwest flow in place along the West Coast (image below) through the end of that week or longer. There would also be embedded atmospheric rivers with some of the storms and that run has about 5” liquid for Mammoth over the back end of the period (two images below) and a lot more across NorCal.

The favorable pattern may last through the end of the month as the GFS ensemble mean is showing a robust jet stream moving into the West Coast that stretches across all of the country (image below).  That could mean storms moving off the Pacific into CA, albeit warmer storms with potential ARs.  Right now, the GFS mean is only showing about 3” liquid for the period (two images below), so a major pattern is not quite favored yet.

Recent research has shown that of the four main regimes in the teleconnection pattern for atmospheric rivers and associated heavy precipitation into the West Coast (image below), the patterns associated with high latitude blocking have the lowest verification skill by the models in the medium and longer ranges. 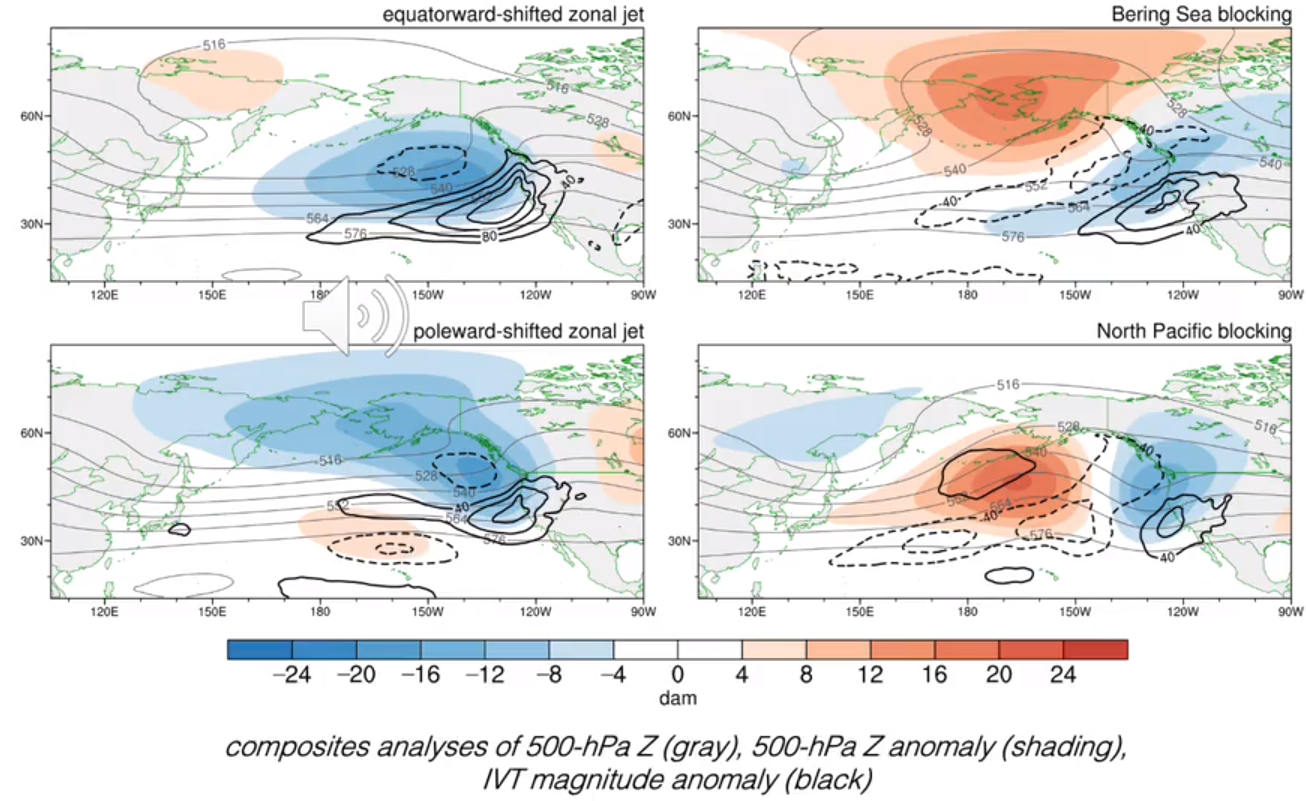 This potential pattern would be a North Pacific block that may transition to a Bering sea block by the end of the month, so historically, this potential upcoming pattern has not been forecast well  by the numerical guidance in the longer ranges.

Overall, this transition is all part of the SSW event (see 3-4 posts ago) that started early this month and it appears that one of the daughter couplets of the circumpolar jet stream that will be ejected southward from the higher latitudes may end up along the West Coast.  The ECM climate model keeps the trough in place into mid-February.  My gut feeling is that it will mostly happen, but not on the February 2019 level when 207″ fell.  WG