The visible satellite image (below) this afternoon shows mostly clear skies over CA and Sierra in the wake of the passage of the weather system yesterday afternoon and last night that produced a couple inches of snowfall. 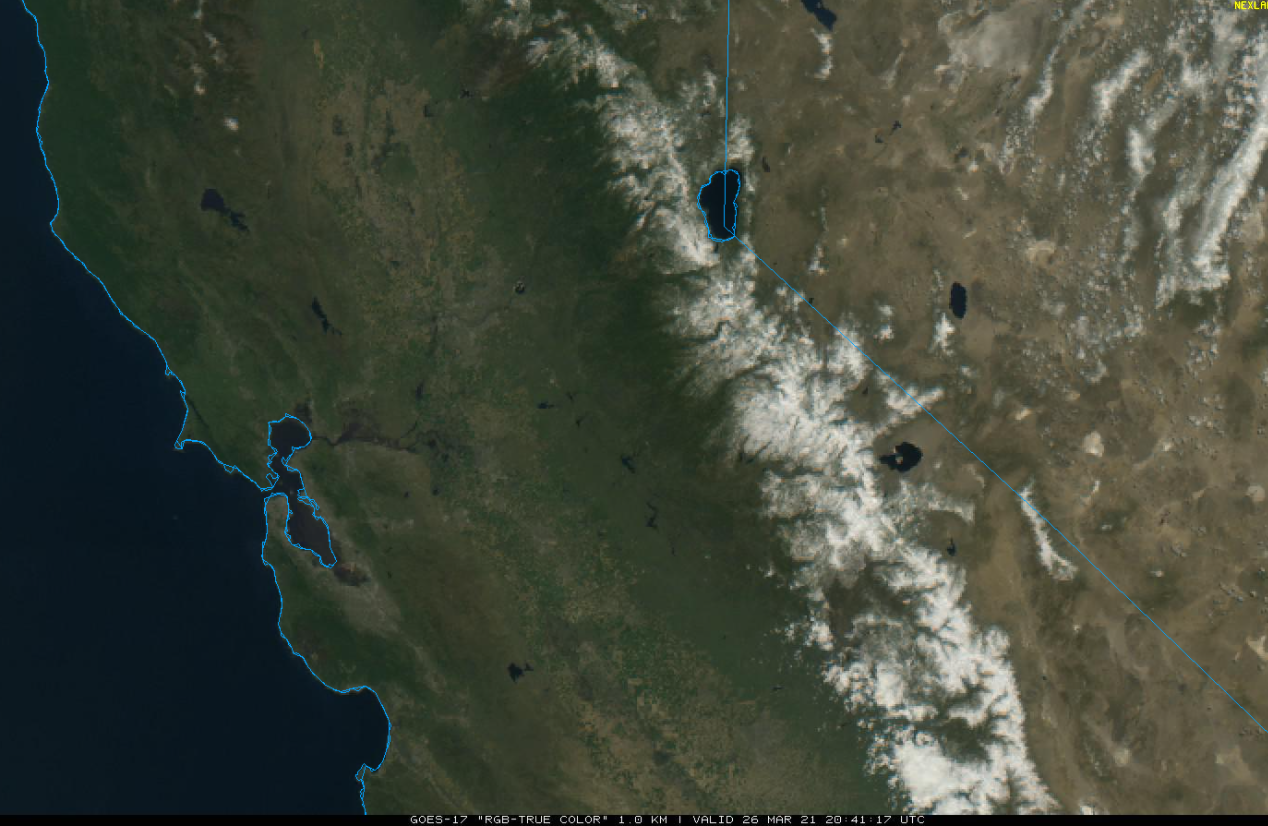 Gusty northeast winds are now occurring on the top of the mountain that will subside by tomorrow as high pressure builds into California for fair/warmer weather.  Spring conditions are likely on the bottom of the hill and probably mid-mountain too by Sunday.

That ridge will hold through Sunday before another inside slider system moves southward east of the Sierra Monday (image below) and into Tuesday. That will produce slightly cooler temperatures and breezy/gusty west winds Monday followed by northeast winds Tuesday.  This one will be too far east to produce any snowfall unlike the two previous slider type weather systems that churned out a couple inches.

The longer-range guidance is still not favoring any significant snowfall chances until after the first few days of April.

High pressure will rebuild through the middle part of next week (image below) for more dry weather and spring-like conditions across most of the mountain.

The ECM model then moves an upper level trough through CA over the first weekend in April (image below) and keeps the flow southward into CA into the following week (two images below).  It is not particularly strong, but that model does generate a few inches of snowfall.  The other models have different solutions with the Canadian farther east and weaker and the GFS slower and farther northward.

The GFS ensemble mean is probably the best forecast right now.  It has the long wave trough moving close enough to the coast for a chance for storminess by the middle part of the following week (image below). It then basically keeps the trough in place along the West Coast through the end of the forecast period (two images below) for additional chances of storms.

Overall, it looks like there is a decent chance that powder days/conditions could return by the latter part of the first weekend in April, then becoming more likely over the following week.  The GFS ensemble mean (image below) is showing almost 1.5” liquid for the period with all of it accumulating in the 11-15 day period.  April averages over 30” of snowfall, so spring powder days are quite common. WG