The visible satellite image (below) this afternoon shows clear skies across CA and the winter snowpack in the Sierra. 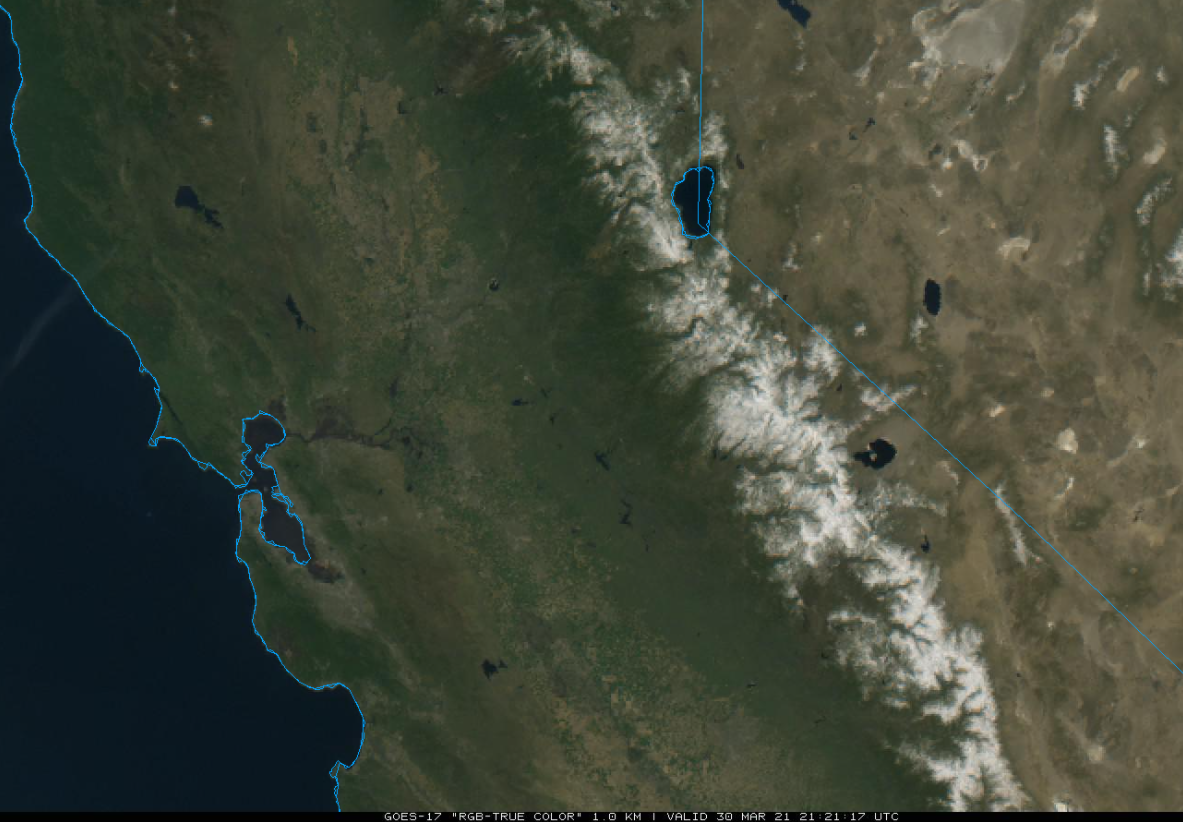 The longer-range guidance has stayed rather steady and is still projecting a chance for snowfall after the first few days of April, but nothing certain yet that will add up to powder conditions.

The ECM model is the most bullish for snowfall around next Monday/Tuesday (image below) with an upper level low far enough southward for snowfall in Mammoth, although the bulk of the moisture stays northward.  The Canadian model is similar to the strength/position (two images below) of the system while the GFS is completely different and has it as an inside slider type trough (3 images below).

The uncertainty is more complicated as the GFS ensemble is showing just a weak trough (image below) and does not favor heavier amounts.  That model does favor a deeper trough toward the end of next week, but coming from the North, it would be limited moisture and colder type system.

Overall, the GFS operational models is dry, the ECM operational is showing about 0.40” liquid, the Canadian slightly less (image below), the GFS ensemble a little more (two images below), and ECM ensemble the most at 0.75” liquid.  Best guess for timing right now would be around Tuesday for powder conditions if it happens.

The super long range is a bit mixed, but does favor additional chances for snowfall.  The ECM shows a deep cold trough setting up across the West end of next week (image below) while the GFS ensemble has it farther off the coast with weak ridging over CA (two image below).

The GFS ensemble does moves the trough closer to the coast over the following week (images below) with some uncertainty whether the jet will move far enough southward for snowfall in Mammoth.  It is April, and climatologically, the jet stream starts to migrate northward through spring.

Nonetheless, the GFS ensemble is showing almost 1.5” liquid for the 15-day period (image below) and that suggests there is a good chance for at least one more powder day before Canyon and Chair 22 close for the season.  WG