The visible satellite image (below) this afternoon shows mostly clear skies across CA and the winter snowpack in the Sierra. Spring conditions will continue across most of the mountain through Sunday with just some passing clouds at times. 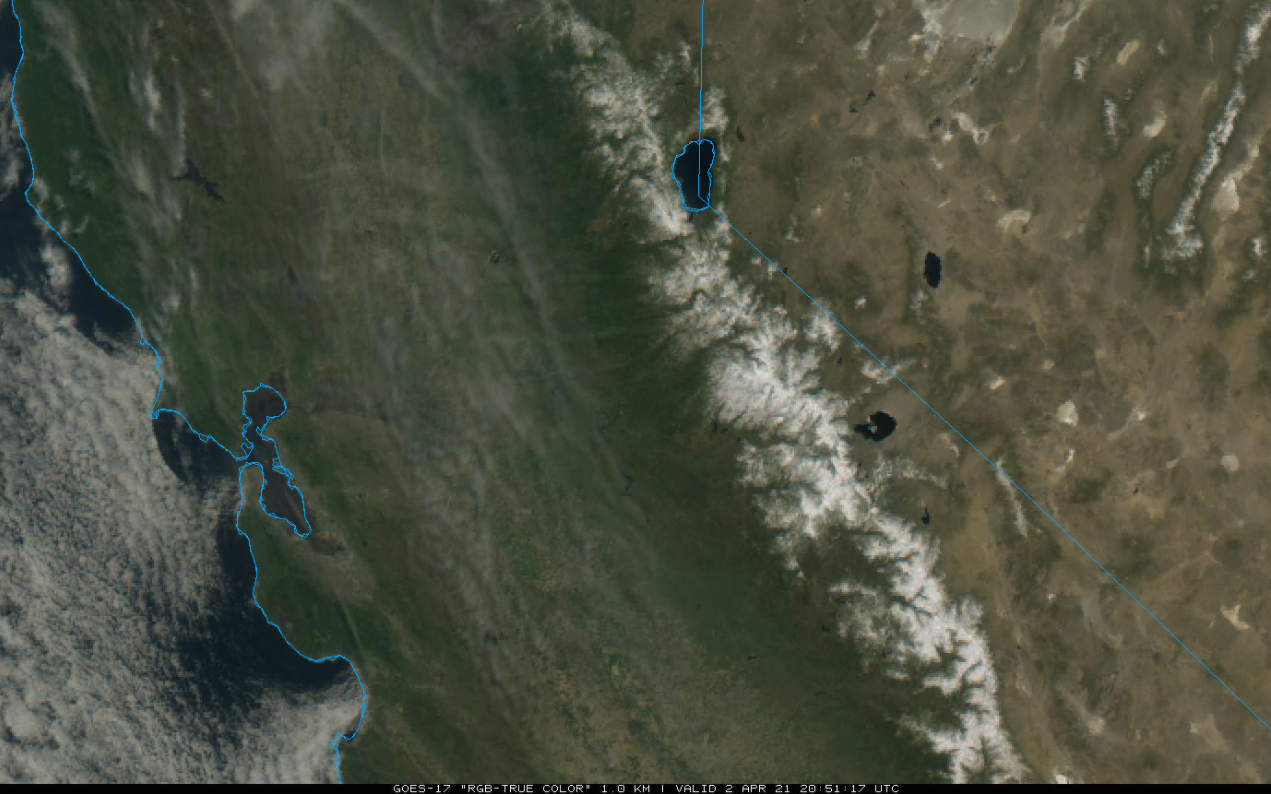 The models then move a slider-type weather system (image below) into Nevada and northeast of Mammoth on Monday.  That will result in cooler temperatures and some breezy winds, although spring conditions will likely continue on the lower part of the mountain. Fair and slightly warmer weather should return Tuesday.

The longer-range guidance is generally all over the place and not in good agreement, with any significant snowfall now being pushed out to the end of next week or following weekend.

The ECM model moves a upper level trough southward along the West Coast over the latter part of next week. A weak system gets entrained into it from the eastern Pacific around Thursday next week (image below).  The model generates some light snowfall, but not enough for powder conditions.

The GFS is different and keeps that weak system off the coast with ridging for the end of next week and likely spring conditions across the mountain.  It has the upper level trough along the West Coast, but is farther off the coast and doesn’t move it ashore until the following weekend (image below). It projects enough for powder conditions.

The ECM and Canadian models are farther north and east with the upper low (image below) and have it moving into the interior PacNW.   Meanwhile, the GFS ensemble (two images below) appears to be taking a middle ground with the trough far enough westward and southward for some snowfall.

The QPF from the models also varies wildly.  The GFS is the wettest (image below) with about an inch while the Canadian (two images below) and ECM models are basically dry for the 10 day period.  The GFS ensemble is showing light amounts and is currently the favored model (three images below).  The ECM mean is only slightly wetter.  Right now, the best forecast is only a few inches of snowfall end of next week and/or following weekend.

The fantasy range GFS ensemble does keep the longwave trough in place along the West Coast until Canyon closing day (image below).  The model generates over an inch of liquid in the 15-day forecast period (two images below), so there is still a decent chance for at least one more powder day before Ch. 22 closes for the season.  WG