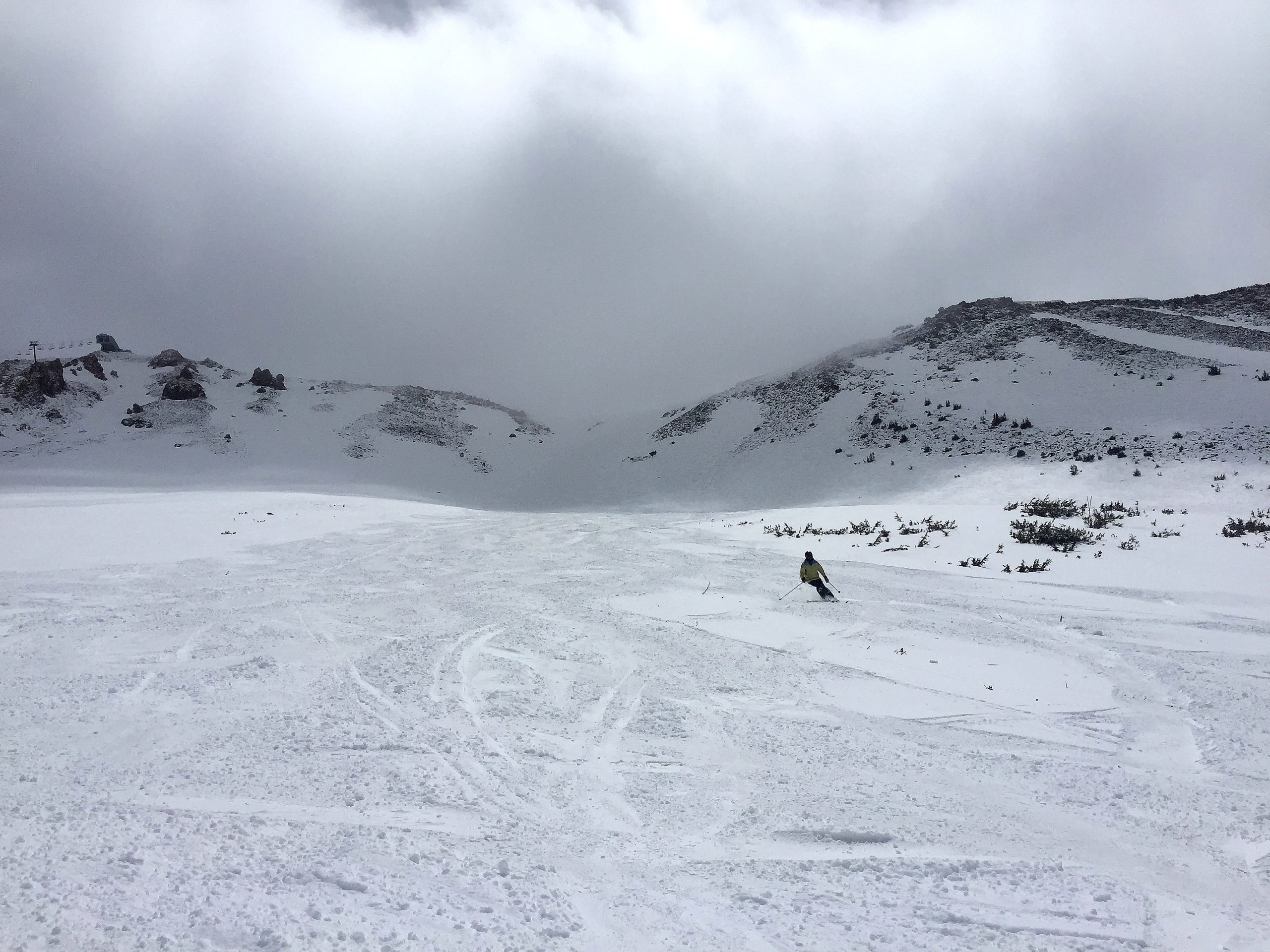 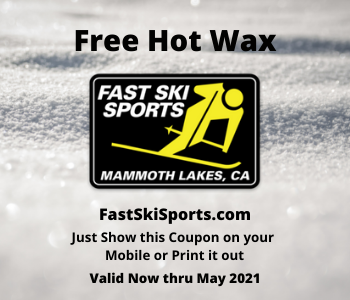 Mammoth Mountain Snow Report Well, we are down to the last week of this year’s winter sports season at Mammoth Mountain. Spring will return today and it looks to be with us right thru the closing day which is set for next Monday Memorial day.

The mountain did get a taste of winter Friday into Saturday and then it warmed up a bit on Sunday. Over the higher elevations, my snowfall forecast was a bust but above 9000 feet most locations received 1-2 inches of snowfall with some spots picking up 3 inches.

Snowman was not out over the weekend, but I got a report from Flaskman and Jay Roc: Yes, there were some fun freshies and then there were freshies on top of frozen sun cups if you went off the groomed. A bunch of people hiked into the Niods for some fresh that turned out to be good.

The best snow was on the runs that had been groomed before it snowed. It was adventure skiing and snowboarding at its best with a bunch of late-season diehards having a ton of fun.

For this final week of skiing and snowboarding, you can expect chairs 1, 2, 3, 23, and G1 and G2 to run. The mountain is making an all-out effort to try and keep chair 2 running until next Monday.

Chair 6 is now closed as is the unbound Main. However, the word is they will have some features still up on Broadway into next Monday.

Snow Conditions: This week the snow should revert back to full-on spring corn on the groomers, in the bumps on West Bowl, and up Top by the middle of this week. The groomers lower down will covert first. For the next couple of days expect a mix of corn and unconverted fresh snow.

Make sure to wax up nightly for the most enjoyable spring skiing and snowboarding experience.

It should be a fun closing weekend for those who can make it. The mountain is going to make a big party out of it, Ski, Bike, and Golf in the same weekend.

Yes, the Mountain Bike Park will be opening this Friday. So while one season comes to an end the next gets quickly rolling.