If you’re planning a mountain bike trip up to the Mammoth Mountain Bike Park the opening day is set for this Friday, May 28th.

Here is the update from the Bike Park on what will be open: “14 trails scheduled to open… Downtown, Shotgun, Smooth Operator, and Big Ring will be opening in their entirety along with some hidden gems like Timber Ridge and Juniper. Expert and pro-level riders, should check out the lower sections of Twilight Zone, Follow Me, Pipeline, and Bullet.”

There is some really good mountain biking going on up here on the East Side from Bishop to Mammoth Lakes and on up to June Lakes. It’s still cool in the high country so you can ride any time of the day without overheating.

Lower elevations bike rides especially out of Bishop and the Starlight areas should be done during the morning hours or most likely you’re going to be too hot.

Almost the entire loop was free of snow, with the only snow I found right up by Horseshoe Lake, the backside trail was still under several feet and you’re locked out if you want to bike thru.

I rode the Mammoth Lakes Basin Trail in and took Lake Mary rd out to Upper Old Mammoth since there were no cars on it yet. Fun to fly thru with no one on the road during the springtime when you get a chance.

This is a fun mellow trail downhill trail that just about anybody can ride. There are a few uphill sections so if you’re doing a shuttle expect to peddle up a bit. It’s not all downhill. 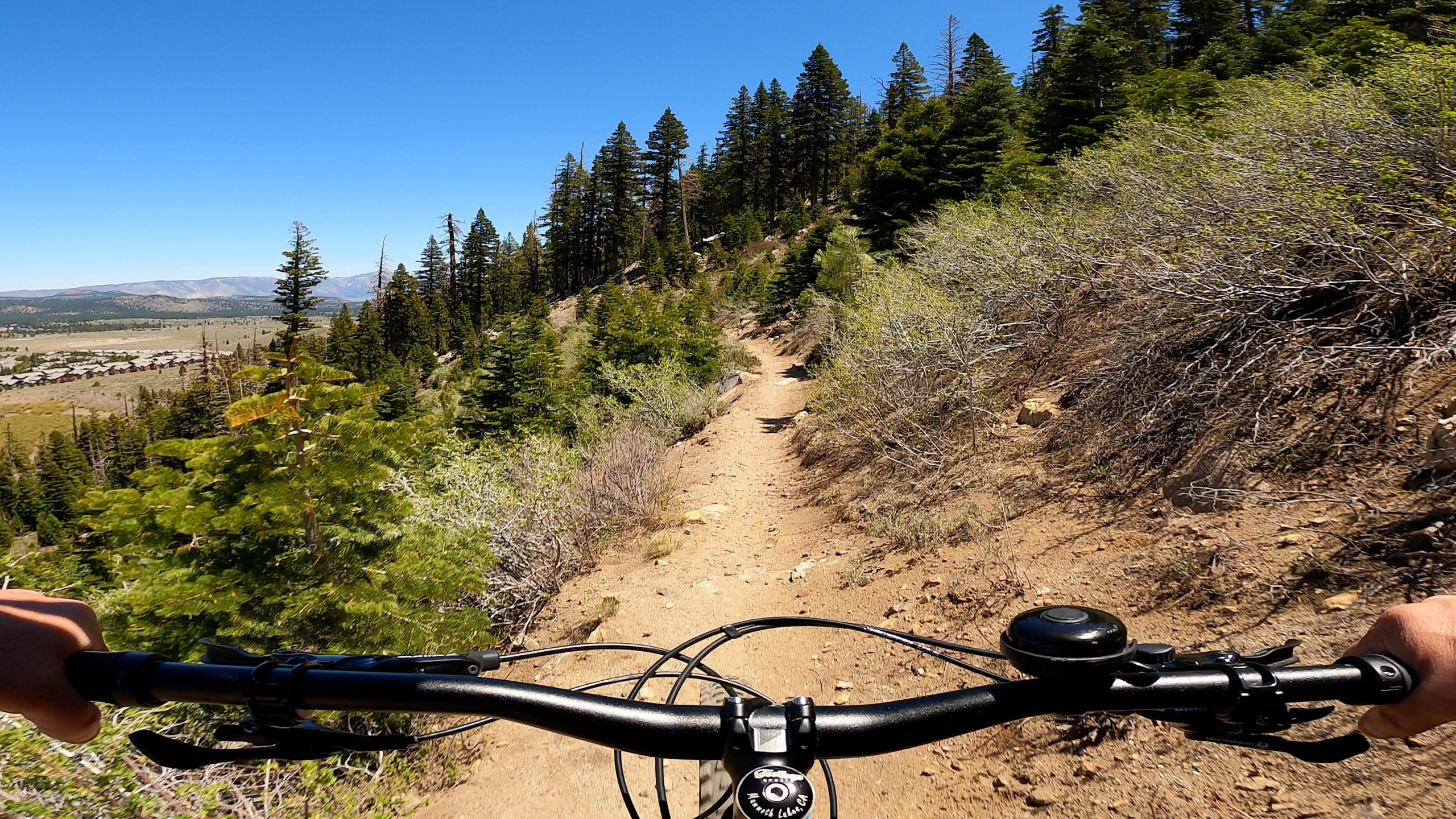 I also got a couple of rides down in the hills outside of Bishop. Mornings are still cool at 4400 feet so those were a couple of good rides getting some long single-track hill climbs in with some fun downhill action as a reward for the ride up. 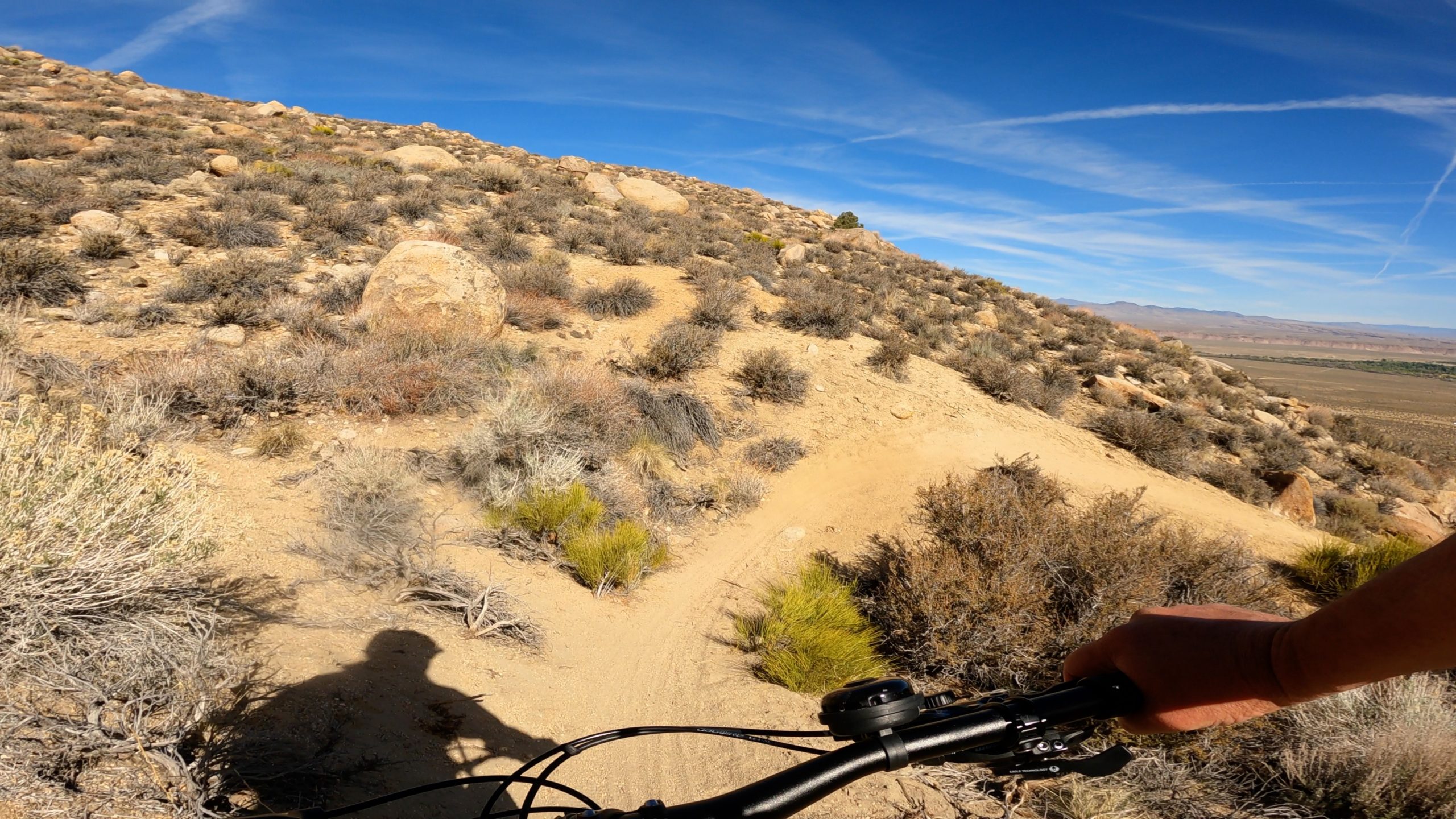 Current Trail Reports: Taking a look at the current snow line all trails and roads below 9000 feet are now melted out and ridable over the entire Eastern Sierra.

We had a below-normal winter so we expect the higher mountain trails (9500 – 11,000 feet) to all open very early this season. The melt-off for most trails will be over in less than 7-10 days is my best guess.

While the Bike Park is closed this week, you can still get out and ride the single-track trails that have melted out now,  just watch for the bike park crews.

Starting Friday you need a pass to ride in the park from 9 AM to 6 PM Daily. If all you’re riding is trails they have a cheaper pass option for that.

In the Mammoth Lakes area, the melt-out continues fast and early with Mammoth Rock Trail now melted out along with the trail to Panorama Dome.

There is some great riding out of the Shady Rest Area, try the Knolls Loop or the Sawmill Road out to 395 and back or ride on to Lookout Mountain.

If you check out google maps you will see there are tons of service roads between Shady Rest, 395, and the Scenic Loop.

Over the years I have ridden all these roads and have created my own loops and routes just by looking at the maps and getting to know the routes on my bike.

Try it out, take a look at the Google or the Strava maps and then get out there during the morning hours while it’s still cool.

While most of this area is dirt roads, you will get a great feeling just riding through the Jeffery pine forest and when the view opens up through the trees it’s amazing.

There is also a network of short trail connects you will find between the Forest Roads from Shady Rest out to the Scenic Loop and beyond. I have not mapped any of those routes yet.

The Mountain View Trail I have not ridden this route in a while so not sure if it is melted out yet to the top, if not it should be soon. Hoping to check it out and report back before the upcoming holiday weekend.

I like mixing in the dirt with the paved trail system here in Mammoth Lakes, as of now all those paths are melted out, cleaned up, and rideable below Twin Lakes in the Mammoth Lakes Basin.

Above Twin Lakes, they are working on cleaning up the path now. It’s also all melted out and ready for a ride.

Out on the Scenic Loop Road, the Inyo Craters Area is ready to ride. This is a good time to ride these trails/roads before it dries out and becomes more sandy and hot later in the summer.

Up in the Mammoth Lakes Basin above this elevation, the melt-out is happening quickly, but it’s still going to take a bit of time for all the snow to melt and get the road open.

Just south of Mammoth try out Lower Rock Creek Canyon as it’s a blast right now, but do watch for uphill riders and hikers/dogs on the trail.

Upper Rock Creek Road is open now up to Rock Creek Lake.  From the images I saw yesterday my bet is you can now ride Sand Canyon all the way down to Lower Rock Creek.

I will be out exploring the open trails this week on my Stump Jumper. Check back next weekend for a fresh report that will include video and photos from this week’s mountain bike rides. Snowman out… 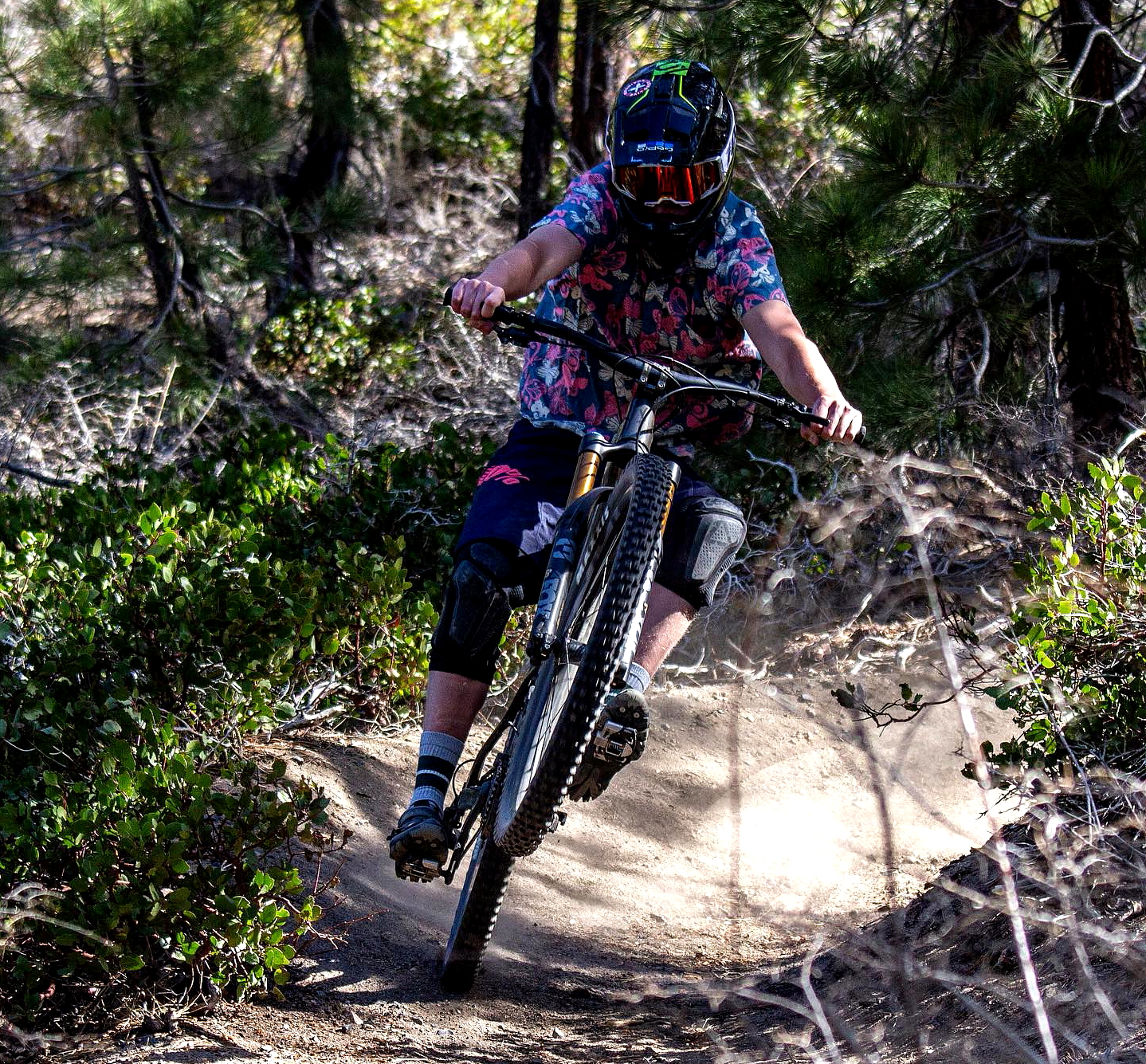 Sherwin Creek Road and Side Trails

Lower Mammoth Creek Road to the Junction of 395

Please come on up and take a ride in the Eastern High Sierra. When your legs are fried there are tons of other spectacular things to do. Some good times ahead… Snowman out 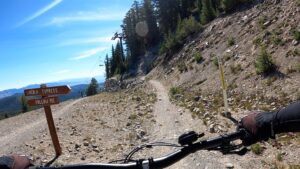 Eastern Sierra Mountain Biking Report Thursday, September 8th, 2022 @ 11:24 AM – TG there is a change in the weather with cooler days in 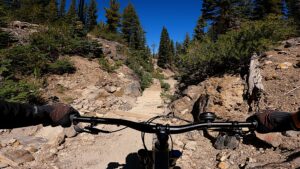 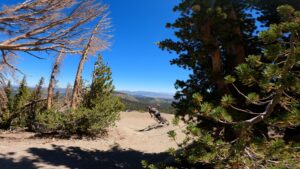 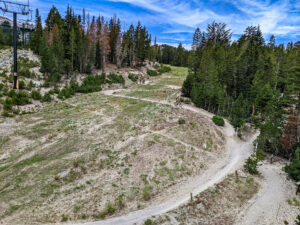 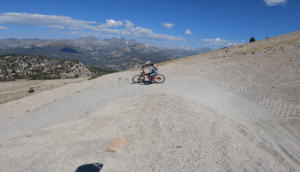 Advertisers - Tell Them Snowman Sent You 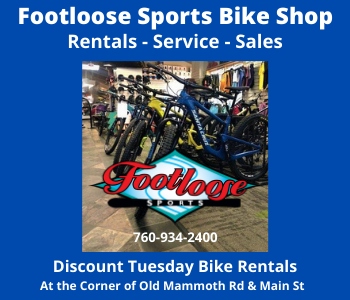 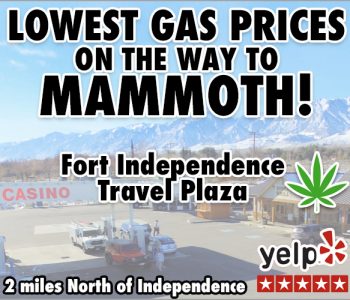 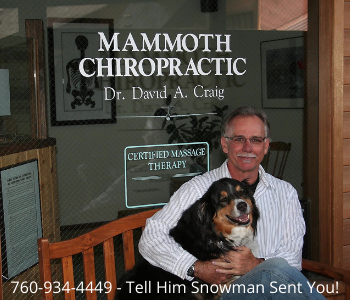 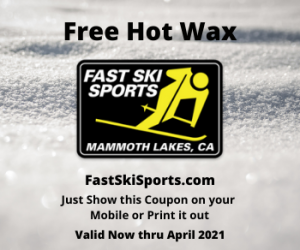 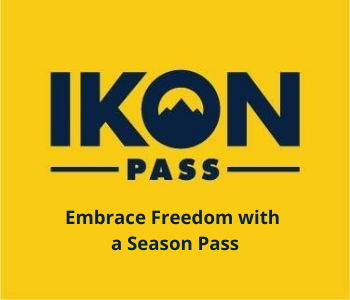