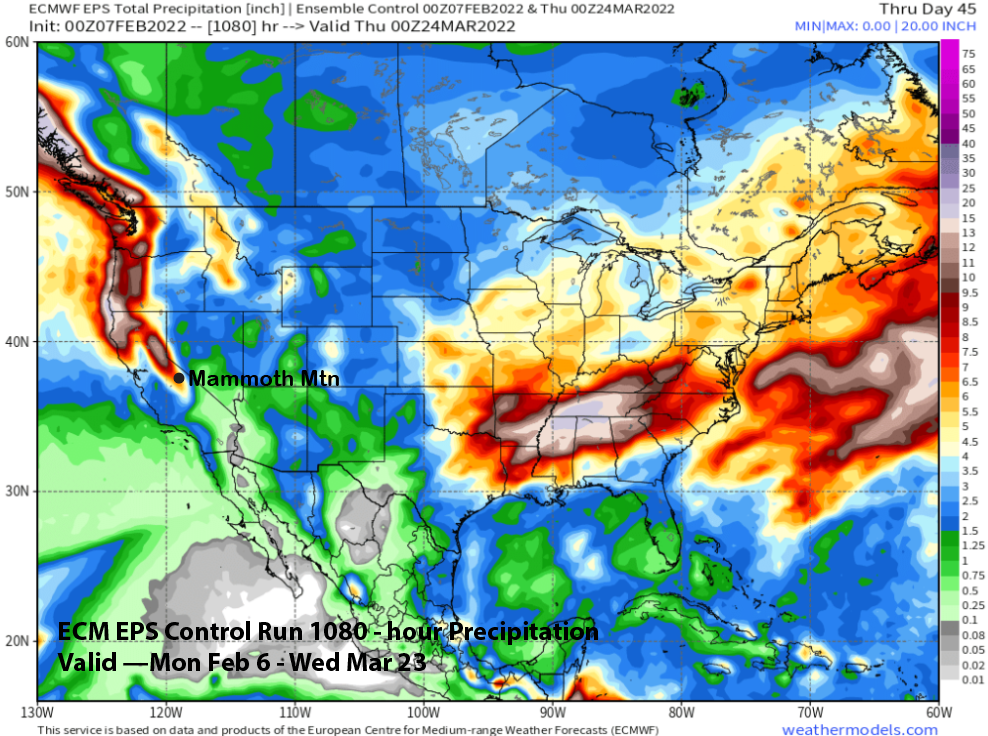 The infrared satellite image (below) today shows high pressure has built over CA and across the entire West Coast resulting in continued dry weather for Mammoth.

The high-pressure ridge will continue to strengthen (image below) through Friday and hold over the weekend for continued fair and dry weather. Temperatures should warm up as well with spring conditions likely on the Canyon side of the mountain and softer snow elsewhere as freezing levels should rise to near 10K.

The longer-range guidance is still mostly unchanged with no clear signs of the next powder day into the last week of the short month.

The numerical guidance does move an upper-level low southward through the state from the North around late Monday or Tuesday next week. The latest ECM model has it as a traditional slider type system (image below) and the GFS is similar as is the Canadian.

However, the exact southward track of the system is still uncertain and even though the latest ECM model is dry for the period (image below), there are many EC ensembles that have the track farther westward and generate light snowfall during its passage. 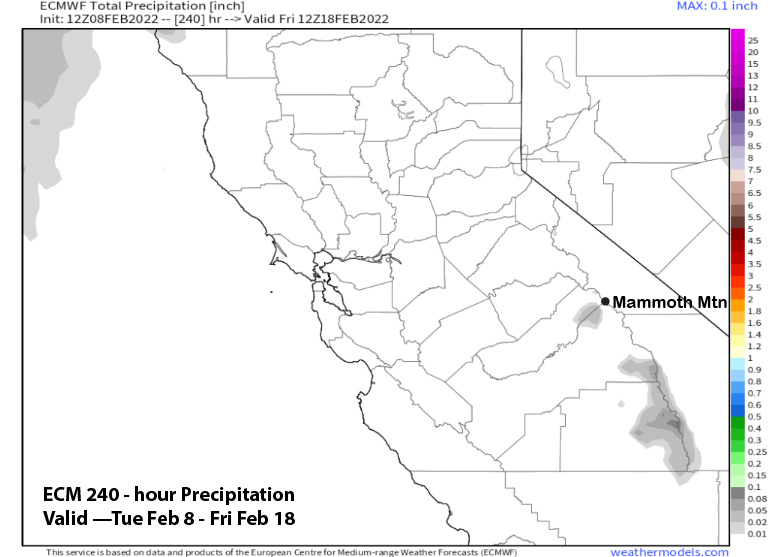 Most ensembles show less than a quarter inch with a few up to half an inch while the mean shows a little over a tenth of an inch (image below).  Thus, in addition to colder temperatures and likely windy conditions early next week, there could be some light snow overnight Monday that may add up to an inch or two.  I don’t think it will be enough for powder conditions and likely only dust on crust. 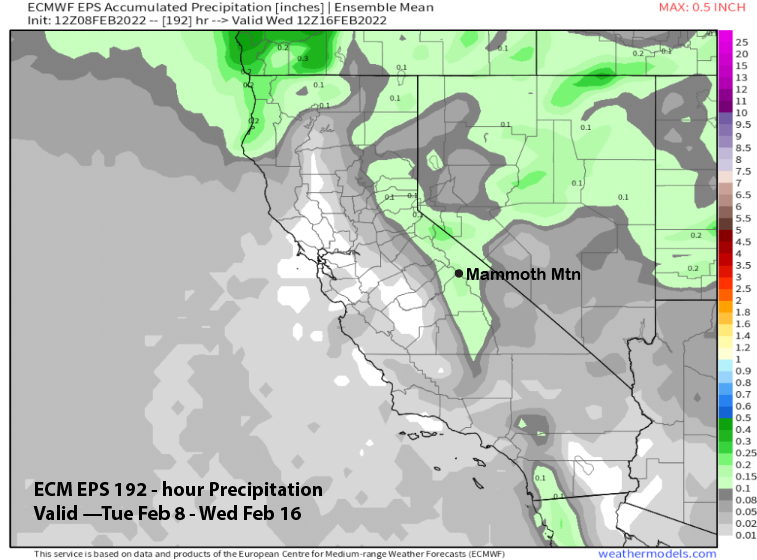 High pressure will then slowly rebuild back into the region over the latter part of the week (image below) and into the following weekend for dry weather and seasonable temperatures.

The GFS ensemble (images below) does attempt to shift the long-wave trough over the central part of the country westward in the extended time frame over the start of the last week of the month. Unfortunately, it is still too far eastward for any big storms to move into CA and more likely slider type systems.

The ECM ensemble is slightly different in the fantasy period (image below) with a more progressive pattern of shifting the ridge over CA and showing troughing in the Eastern Pacific.   If that troughing continues to deepen in that location, then storms could return over that last week of the month. 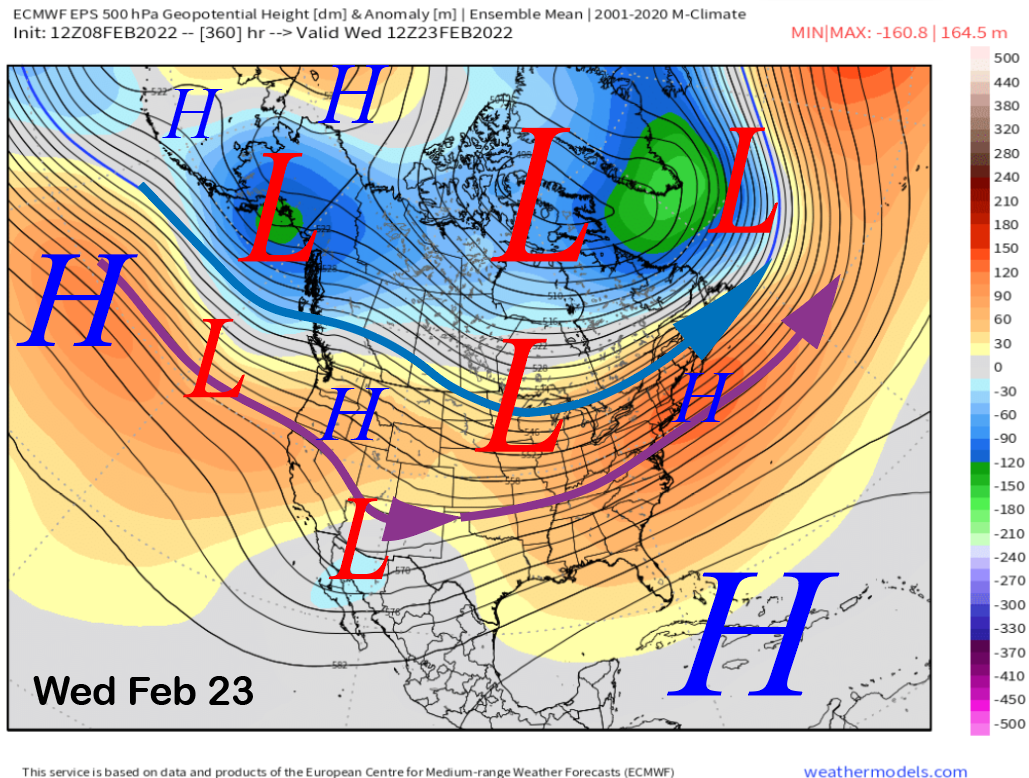 The climate models are showing that scenario for the last part of the month with both the CFS and ECM model both showing at least some precipitation moving back into CA to end the dry spell.

Both of those model ensemble suites show some storminess for March, although they have trended a bit drier over the last run or two.  Hopefully the ECM EPS control run from yesterday’s run will verify as it is somewhat stormy for March and shows about ~7” liquid for Mammoth through the third week (image below).  That is something to hope for.   WG