3-27-2021 @ 4 PM Good afternoon to everyone, it’s a beautiful windy afternoon up here in the Eastern Sierra.

Spring has sprung since last Wednesday with highs in the low 60s in Mammoth with Bishop getting up to 80. Highs have come down a bit today while winds have picked up.

There is a Snow Advisory from 6 AM Monday to 12 AM Tuesday above the 8000 foot level from Bishop Creek Canyon all the way up to Mammoth Mountain.

Snow showers look to move in after sunrise on Monday and will become moderate to heavy at times above 8000 feet later in the day.

As of 4PM it looks like a low end Rider’s of the Storm Day. Tuesday is looking like the call for some fresh that will be set up a bit under mostly clear skies.

Snowfall ratios will be low so expect heavier wet snow from this system with just a bit of powder at the back of the front. The wet snow will help to cover the spring snow base.

Snowfall amounts look to be in the 1-3 inches range from Crowley to Mammoth Lakes with the lower part of the Mammoth Mountain Ski Area in the 3-5 inch range with 5-10 inches possible for the higher elevations of Mammoth Mountain.

If you’re going to be out on the hill on Monday expect snow to become moderate at times later in the morning. Highs will be in the low to mid-30s with SW winds 20 to 30 mph, with gusts as high as 40-50 mph over the higher elevation.

As of now, we do not expect weather holds due to wind just from low visibility and heavy snowfall. However, there is a 10-20% chance of lightning with Monday’s system. If lighting does materialize you can expect all lifts to go on hold quickly.

Wednesday onward a new ridge will be in place and you can expect sunny skies with highs in the upper 40s to low 50s coming up several degrees as the following weekend approaches. 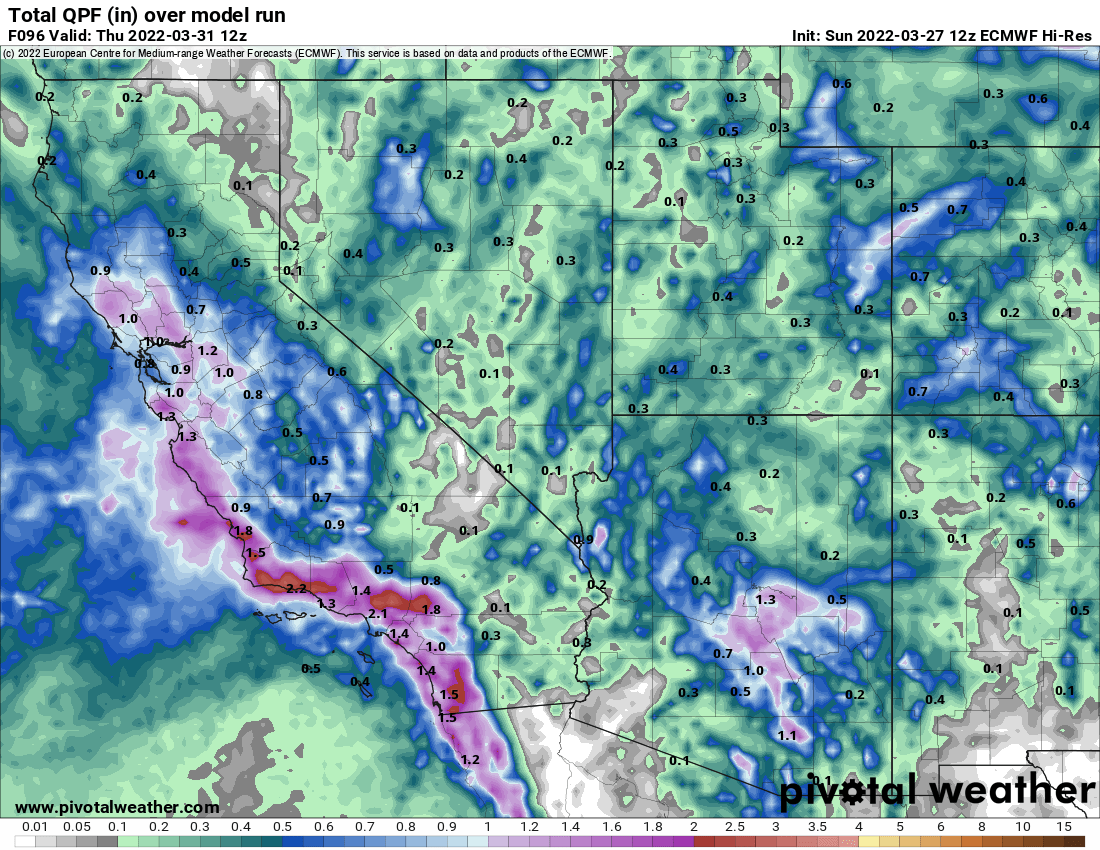 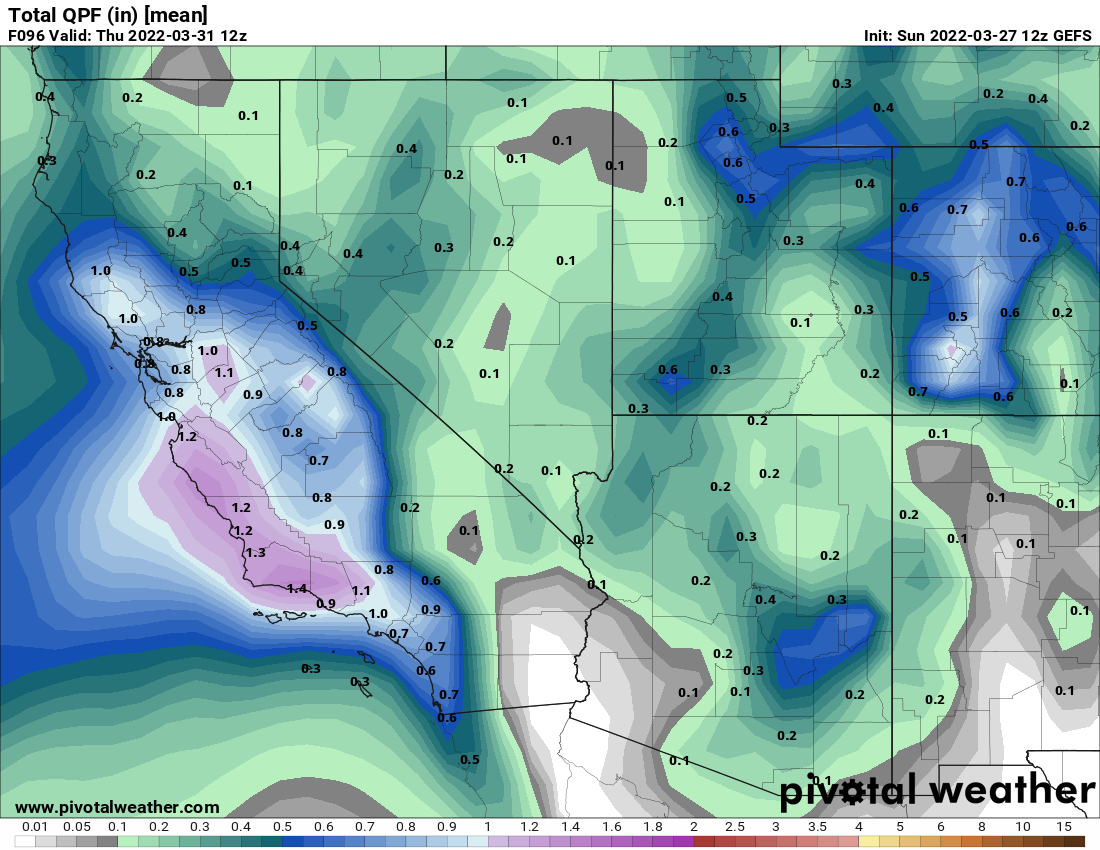