April 10th, 2022 at 1:50 PM – You can say goodbye to the spring weather as a return to winter is in the offering for Monday onward. Expect high winds, a major cool down, and moderate to heavy snowfall out on Mammoth Mountain on Monday.

How much snowfall will the Mountain get is still not certain at this point as models show differing solutions for snowfall amounts over the next 48 hours.

Right now most likely amounts for the power fields of Mammoth Mountain will be in the 4-8 inch range. The wettest outcomes have around 8-10 inches of fresh snow.

However, the high winds of this storm will greatly inhibit accumulations. You should bank on the lower amounts verifying at this point.

Tuesday there could be some snow showers with much lighter winds as the first system exits the area. And by Wednesday will still be cooler with winds picking up again at some point mid-day in front of the second system that will be moving into the area early Thursday into the weekend.

The second system looks to offer more snow showers with snowfall amounts uncertain at this time. There will be a fresh update on Monday to take a look at the most current forecasting data. With all the wind in the area, it will be an office day for this kid.

If you’re going to be out on Mammoth Mountain on Monday, expect moderate winds to start the day with increasing winds speeds early on.

Winds will be out of the southwest @ 35 to 40 mph increasing to 45 to 55 mph by mid-morning. Winds gusts as high as 80-100 mph are expected over the top of Mammoth Mountain and along all the Sierra Ridges.

Tuesday looks to start clear with some isolated snow showers developing during the midday hours with Wintertime highs in the mid to upper 20s.

Lower Elevations: Expect a windy Monday for the lower elevations with snow moving in. For Mammoth Lakes in town, there could be 3-5 inches of snow along with R1 road conditions.

Down on 395 from the 203 entrance to Tom Places, there could be up to an inch of snow. It will be hard for the snow to stick as pavement surfaces have really warmed up.

The bottom line for travelers is as of now you might see a bit of slush on the road from Mammoth down to the Airport but that’s all we expect at this point.

As you head down the grade and into Mill Pond and then into Bishop, there is just a 30% chance of some snowflakes and or raindrops at this point in time. 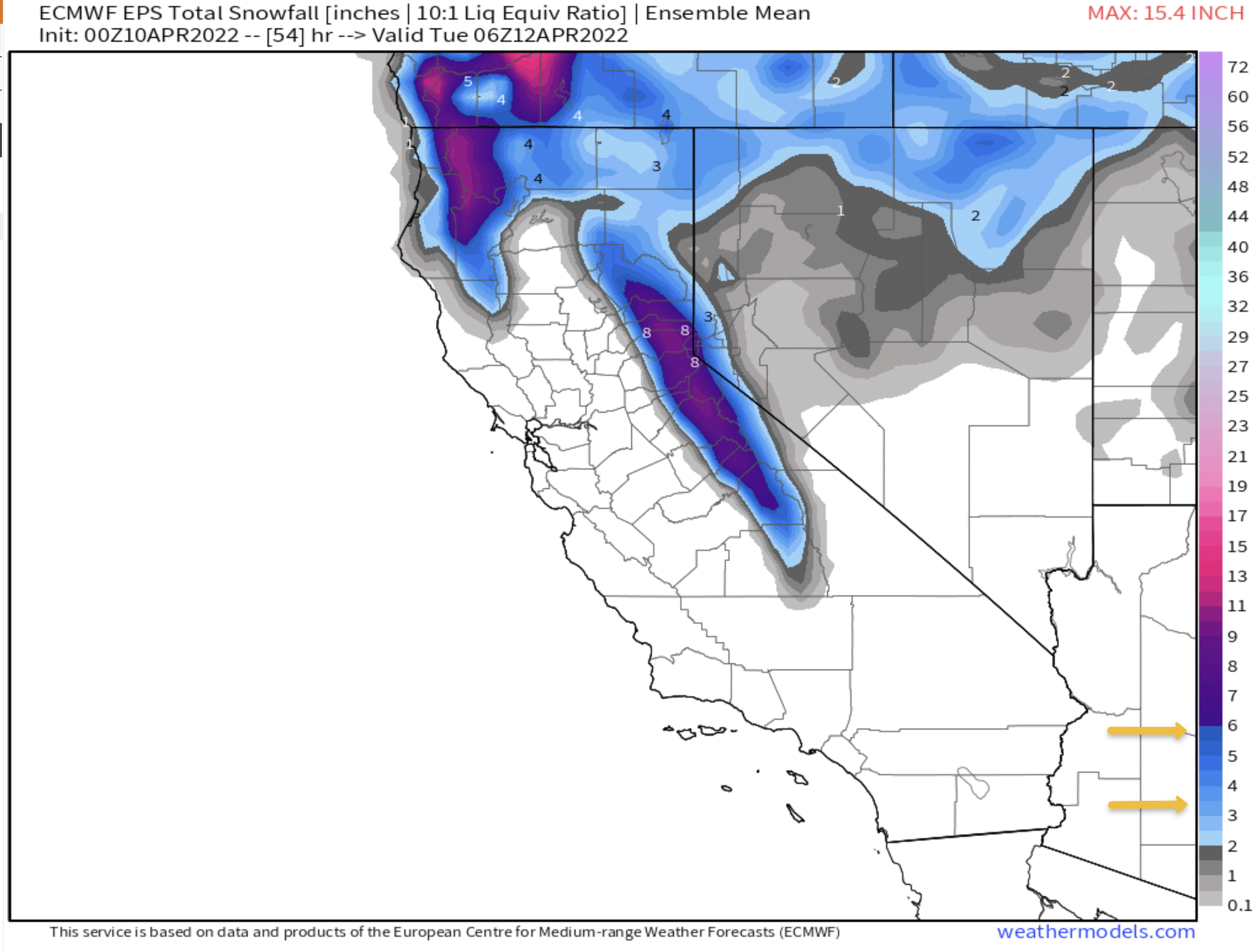 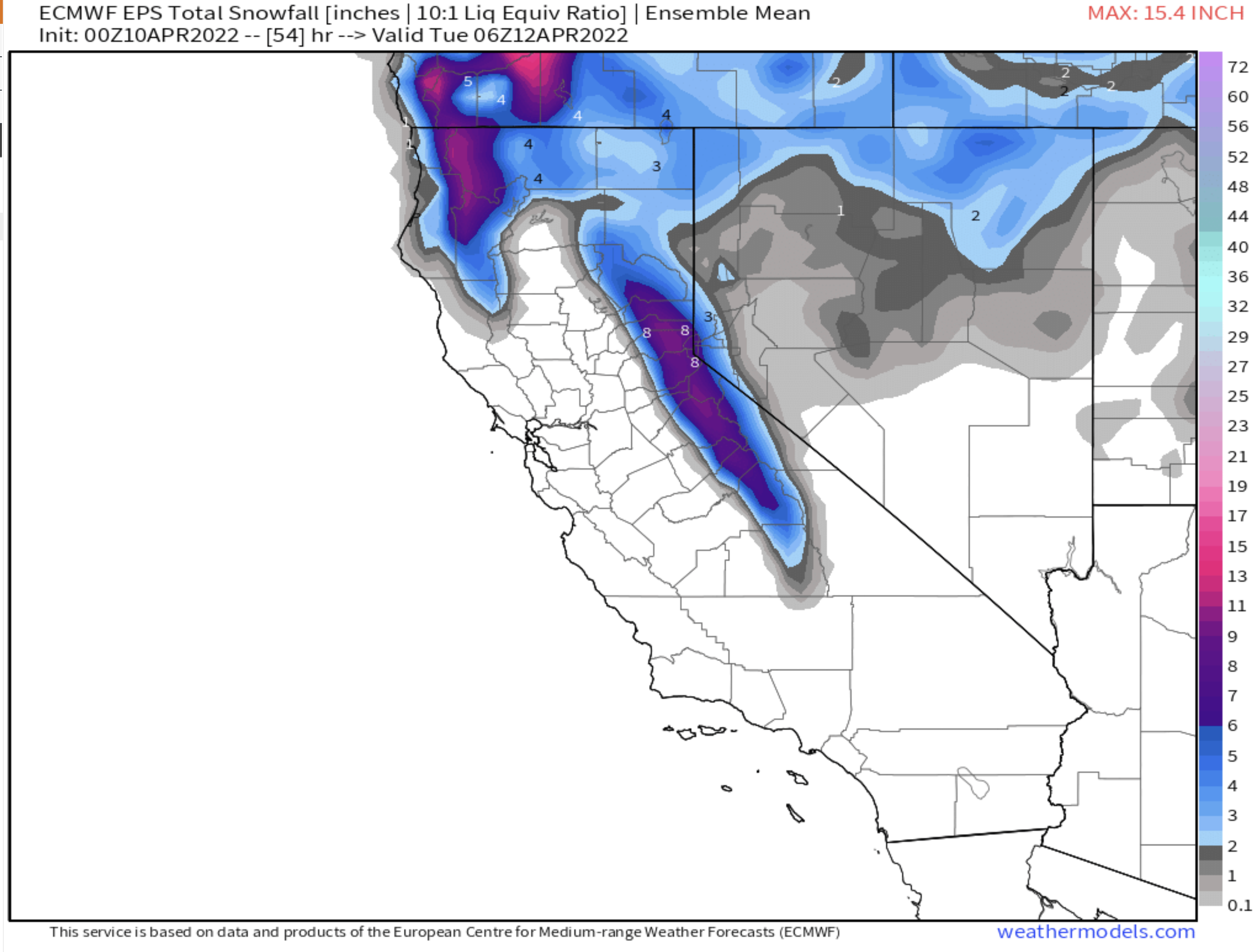