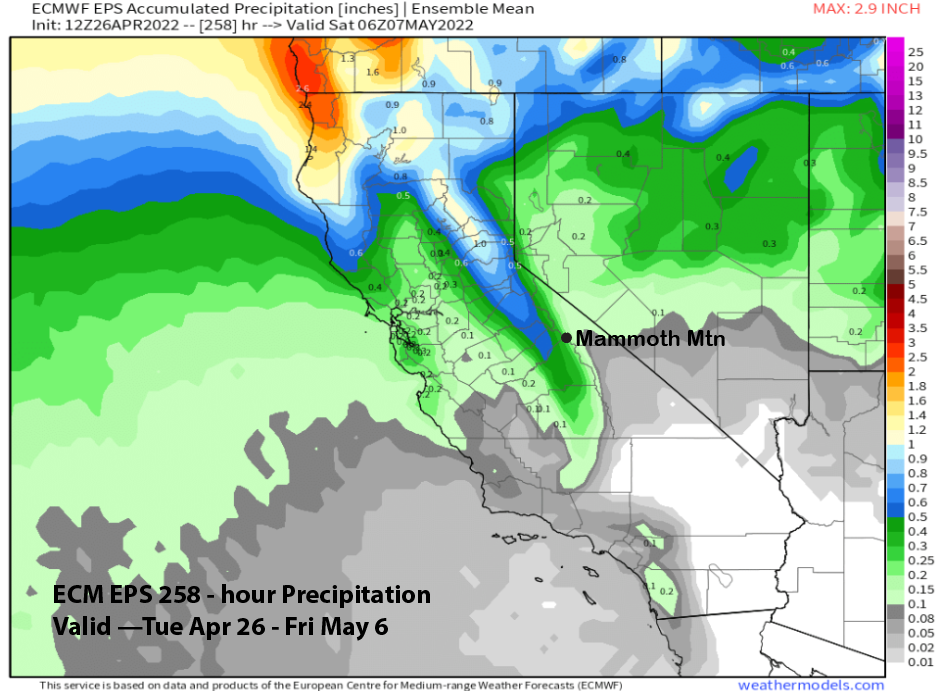 The infrared satellite image (below) this afternoon shows a weak front moving through Central CA with some passing high clouds along with cooler temperatures. High pressure off the coast will build into the area tomorrow with the weather system in the eastern Pacific expected to move into the PacNW.

The numerical guidance shows a trough of low pressure moving through the state on Thursday (image below).  Unfortunately, it will be a dry frontal passage with any shower activity staying well north of Mammoth. The main effect will just be colder temperatures and breezy to gusty southwest winds that may be strong enough for lift holds.

High pressure will rebuild Friday and into Saturday for warmer weather and lighter winds, although breezy to gusty winds may increase again by Saturday afternoon, but not super strong.

The longer-range guidance is showing a fairly typical spring pattern over the next week or longer with progressive weather systems moving through the state every couple of days. Most of them will likely remain dry during passage with just gusty winds and colder temps, although we will have to keep an eye the weather system for the latter part of next week for a chance of meaningful snowfall.

The ECM model moves two successive short-wave troughs through the state on Sunday (image below) and next Monday (two images below).  The Canadian is similar to the ECM while the GFS model keeps those troughs father northward and eastward.

If the ECM/Canadian solutions verify, there could be light snow showers or flurries, colder temps, and gusty winds with both systems. The GFS solution would mean little change in the weather pattern and spring conditions. Current forecast leans toward the ECM/Canadian runs. Any snowfall would occur on Sunday during the day and then again Monday PM/night and likely be very light (dust on crust) both times.  Better chance for just gusty winds.

After a brief break, the longer range guidance is hinting at a better chance for snowfall toward the latter part of next week with the GFS operational model being the most bullish. The 12Z run (image below) shows a deep trough just off the CA coast that would bring a decent storm into Mammoth. However, this solution is only partially supported by the GFS ensemble mean (two image below) that has a trough, but not as deep, nor does it show the favored strong southwest jet stream into the Sierra like the operation run.

The other models do show a trough moving into CA with both the ECM (image below) and Canadian models fairly similar for the most part.  Neither model is as deep as the GFS and they also don’t show a southwest jet into CA. 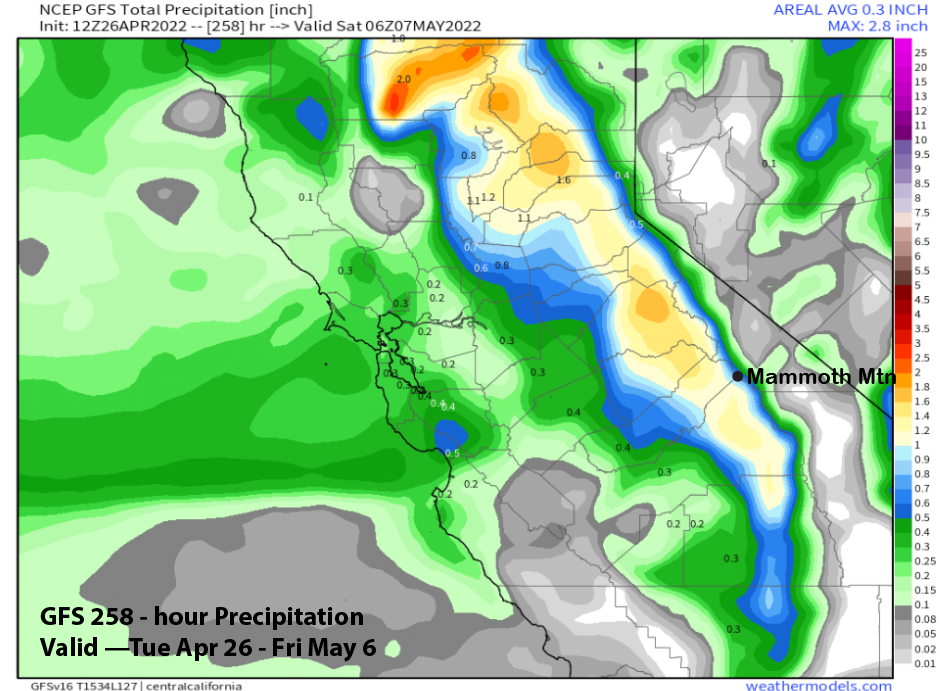 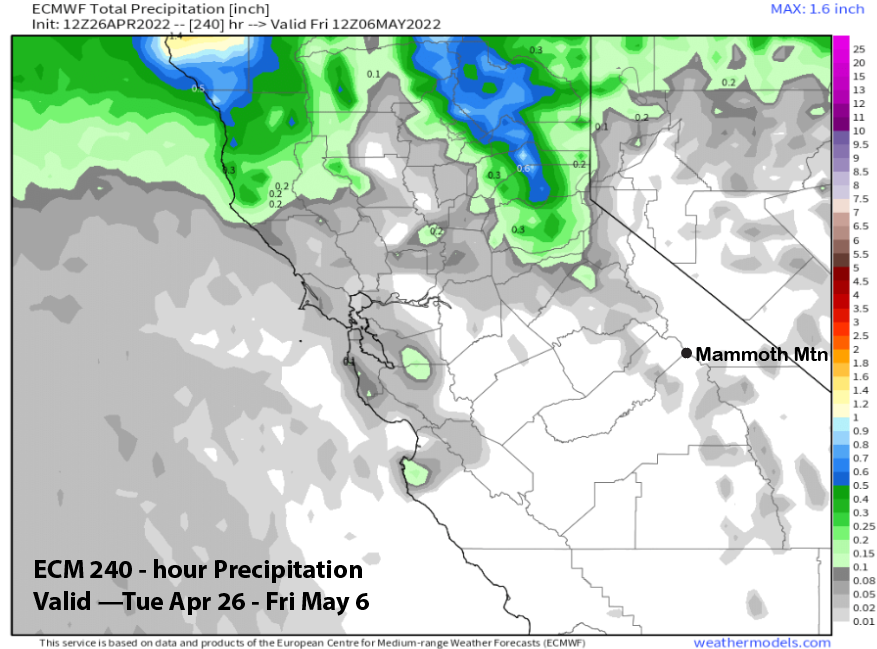 It is still a long way out, so that GFS solution can’t be believed yet.  Current forecast follows a blend of the ECM mean (image below) that has about a quarter inch and GFS mean that shows half an inch.  Thus, there could be a few inches, but significant snowfall is not favored yet.

The GFS model in the fantasy range continues to tease with another big storm toward the start of the second week of May (image below). Right now, that solution is not supported by the GFS ensemble mean (two images below) that is only showing a baggy trough along the coast.  But you never know, as this has been a rather weird season.  WG