The midday visible satellite image (below) shows generally clear skies over the state under a weak ridge of high pressure and seasonably mild temperatures. Not much change is expected tomorrow under continued sunny skies and light winds. A weak low pressure system will move into the ridge Thursday (two images below) and should just lower temperatures a bit. 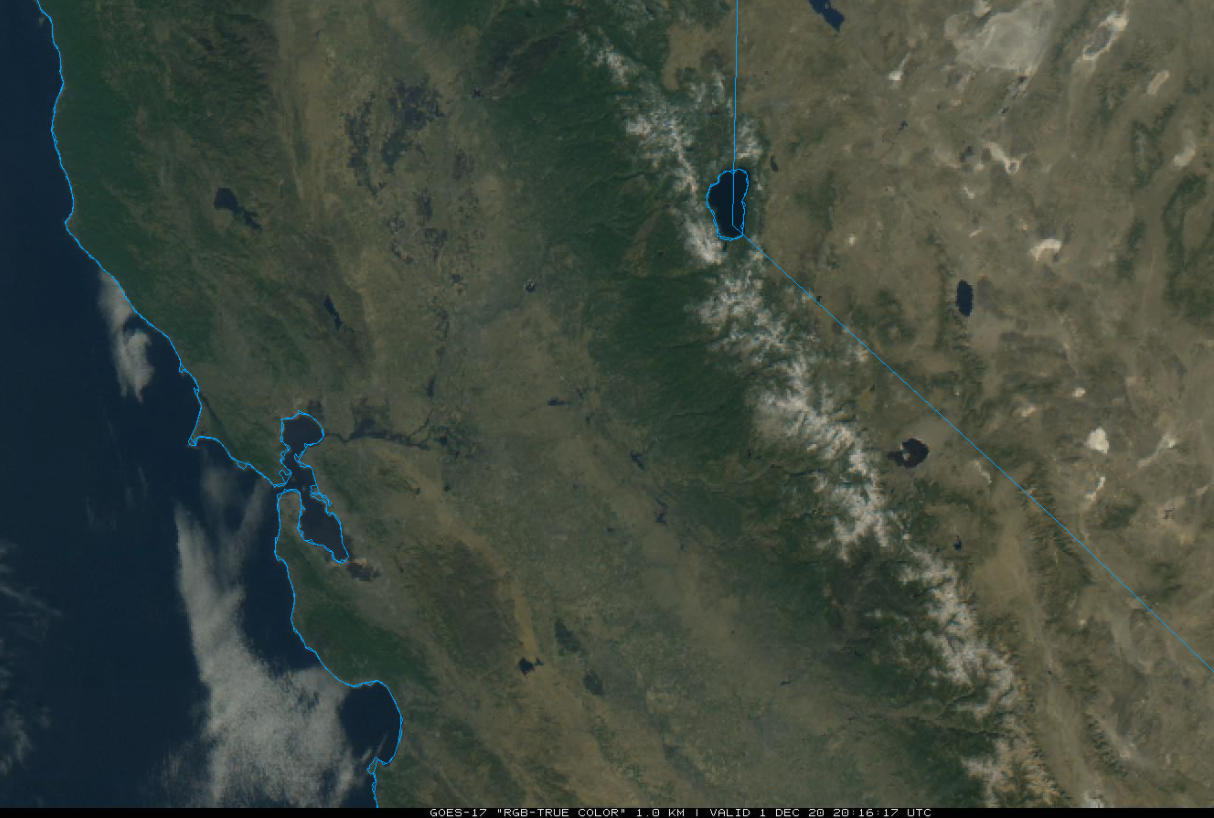 Mostly clear skies will continue through the upcoming weekend as a weak high-pressure ridge remains in place (image below). Winds should also be mostly light through the period and snowmaking conditions better starting Thursday under slightly colder temperatures.

The longer-range guidance is still mostly dry through the first half of December. The latest 12Z ECM deterministic run keeps the ridge in place through next week (images below) for continued dry weather and mostly seasonable or seasonably mild temperatures.

The longer range GEFS does finally flatten the ridge around mid-month (image below) that could allow a storm or two to move through the state, although it is not favoring anything strong at this point.

That model does have some forecast precipitation in its latest run (image below) with most of that falling in the fantasy 11-15 day range. Overall, the numerical guidance is generally dry through the first ten days of December with a chance for storms to increase around mid-month.

However, the longer-range climate models don’t really get the storminess going until the last part of December. That might be too long and I suspect changes could happen earlier.

The MJO could be a factor if it moves faster westward through the drier phases 5 and 6 with the ECM model (image below) much slower than the GFES that has been doing better lately. Even though the signal appears weak on the RMM phase space diagram, the CPC says it is actually quite robust and they are expecting the signal to remain strong, although there are “drastically different possibly outcomes” within the ensemble member guidance. That is a fancy way of saying we don’t know what is going to happen.

While this is certainly a slow start to the season, one of my favorite seasonal analogs for this year was 1995-96.  That season observed no snowfall through November and ended up with over 320″.  It was also a first year moderate La Nina like this year with the preceding year an El Nino.  It is still early.  WG