The infrared satellite image (below) today shows weak high pressure is building into the state in the wake of the weather system that produced the snowfall yesterday.  The weak front/low pressure system off the coast will move well north of Mammoth tomorrow into the PacNW for little effect on the weather.

Models move an inside slider type system north and east of CA on Thursday (image below) that will probably only result in an uptick in northeast winds and slightly cooler temperatures, otherwise fair and dry weather will continue through Saturday.  Temps will be seasonable over the next few days followed by slightly warmer weather and spring conditions for the mid-and lower part of the mountain Friday and Saturday.

The longer-range guidance is not showing any chances for snowfall until after the first ten days of April with a period of spring conditions likely occurring by the end of the first week.

The models (GFS below) move a trough into the PacNW on Sunday and have a weak wave on the southern boundary moving through CA.  The ECM is the weakest with this feature with the Canadian showing it as a bit stronger than the GFS, but still quite weak. It could produce some flurries or light snow showers with a better chance for just colder temperatures and increased winds.

The guidance then favors a stronger high pressure ridge to slowly build into the state mid-week (image below) and hold for the rest of the week and into the following weekend for a period of dry/warmer weather and probably spring conditions for most, if not all, of the mountain.

That pattern will hold until at least the following week when the GFS ensemble develops a trough along the West Coast through mid-week (images below) with the jet stream (purple arrow) far enough southward into CA for storms to move into Mammoth. The ECM EPS model is not as bullish about the timing of the development of the trough and is about two days later with its formation.

And that is reflected in the QPF from the two model suites, although neither model is bullish about anything significant yet.  Nonetheless, the GFS ensemble (image below) does have enough for at least low-end powder conditions while the ECM EPS (two images below) isn’t showing much at all since it is slower with the timing. 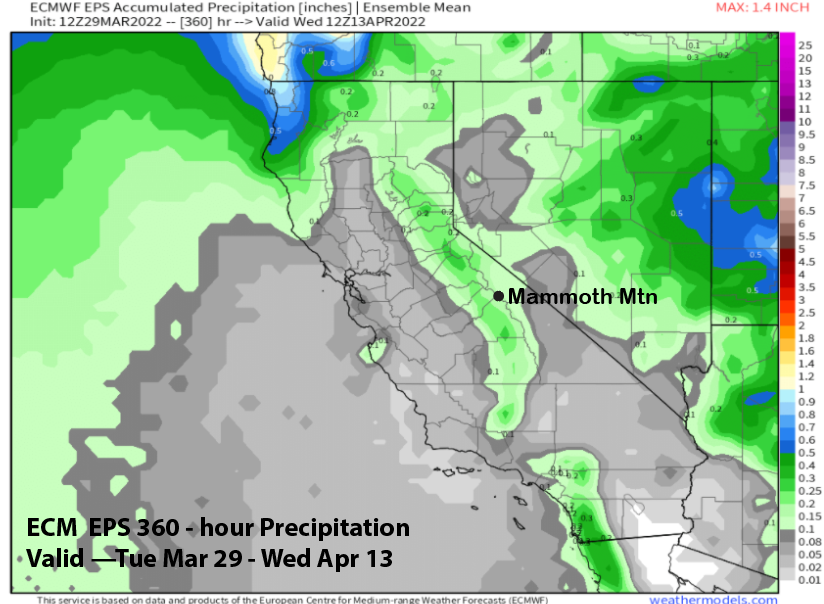 The ECM EPS does develop a period of at least some precipitation in the fantasy extended period with average precipitation for the next week (image below).  Overall, that mid-month time frame will be the next chance for powder conditions after the powder days yesterday and today.  WG 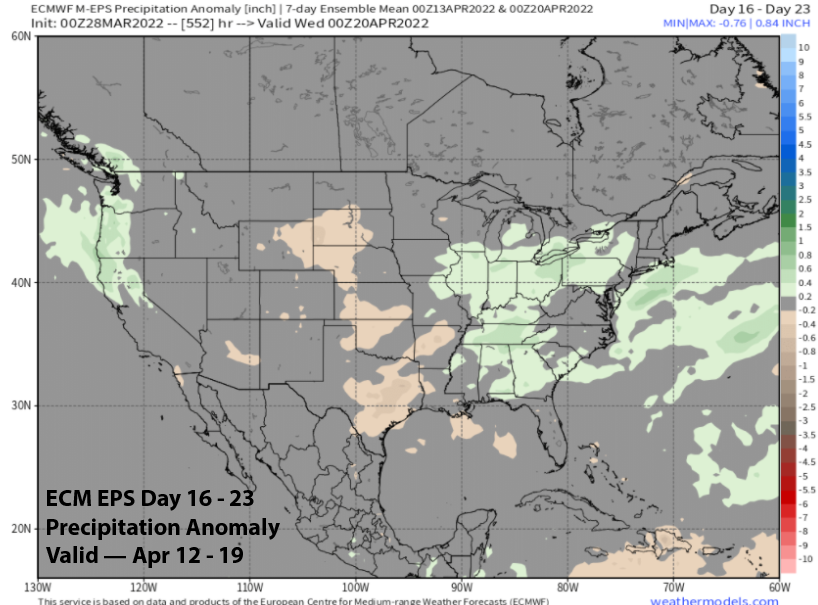 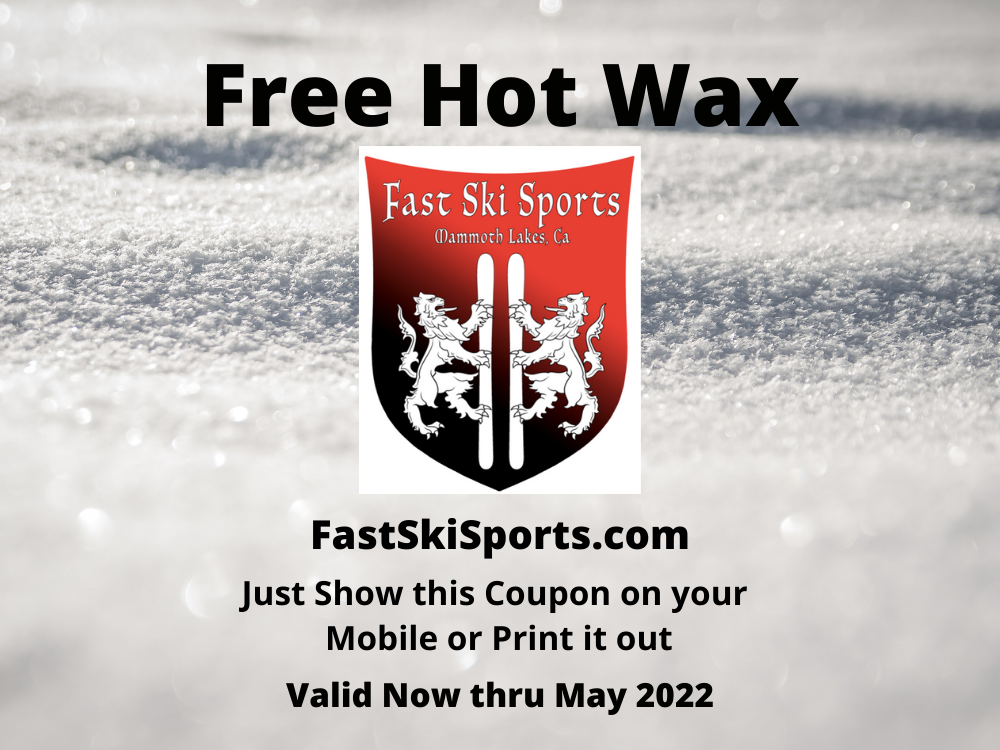