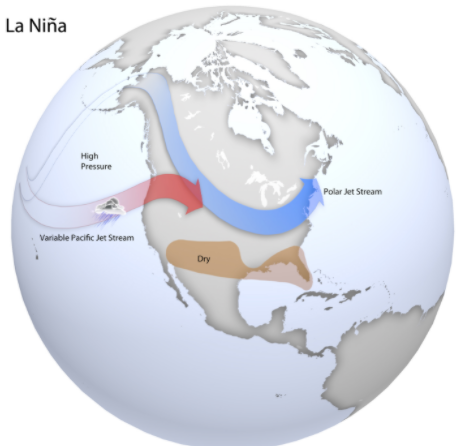 Sat 12/5 through Tue 12/8 – No snowfall expected all days except for a chance for flurries or a light snow shower early Monday.

The afternoon visible satellite image (below) shows another clear day for California and the Mammoth Lakes area as the stretch of dry weather unfortunately continues.  Saturday will be another nice day with mostly light winds and Sunday will be similar except for some passing clouds. 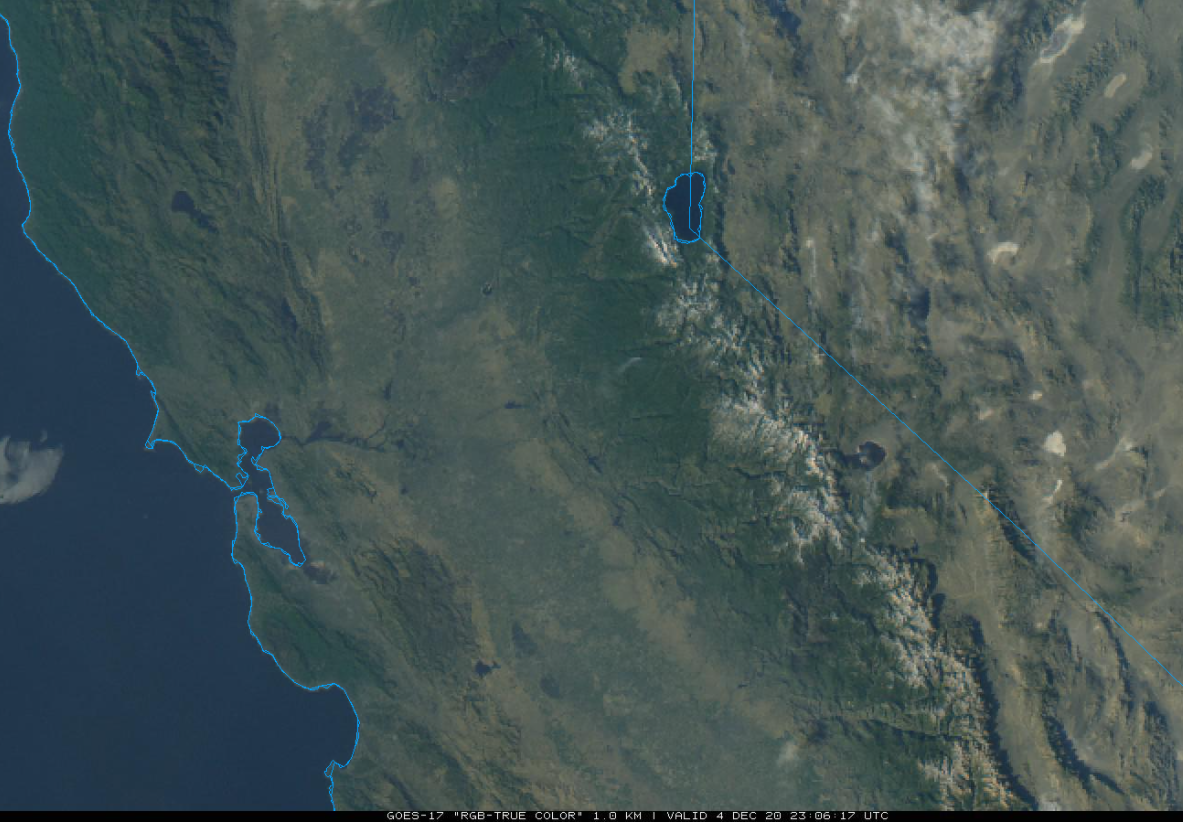 The only excitement in the weather will be Monday and Tuesday next week when a weak upper level low pressure system drops southward through California Monday before becoming quasi-stationary off the Baja coast by Wednesday (images below).  It could produce some flurries early Monday, but likely continued dry weather.

Temperatures will get colder Monday, but it will be the strong and gusty easterly winds that will get everyone’s attention as it could gust to near 100 mph across the top of the mountain.  Breezy winds will last into Tuesday, but Monday is the main day for strong winds.

The longer-range guidance is still basically dry through the first half of December.  The latest 12Z ECM deterministic does move a slider type system just north and east of California end of next week (image below).  Current guidance though is dry with its passage and no ECM ensembles show any significant precipitation.

A weak ridge is then expected to rebuild over the following weekend and into the next week (image below).  That means more fair and dry weather with seasonable temperatures.

The longer range GEFS does finally flatten the ridge around mid-month (image below) and has the mean position of the southern branch of the jet stream into Northern California (purple arrow). That could allow a storm or two to move through the state, although it is still not favoring anything strong at this point as the zonal jet stream into the West Coast is not favored to be strong.

Overall, the PNA index is favored to trend toward neutral (image below) into mid-month and the West Coast ridge should become less prominent.  But the guidance is still not showing any clear signs of significant snowfall through mid-month as the GEFS ensemble mean (two images below) has only about a half an inch of liquid for the period.

The longer-range climate models are suggesting there could be something more significant around Christmas or toward the end of the month.  But that is not reliable. The MJO signal (image below) is currently in the Maritime continent (phase 4) and is projected to be a standing wave in the dry phase 5 through the 3rd week of the month. 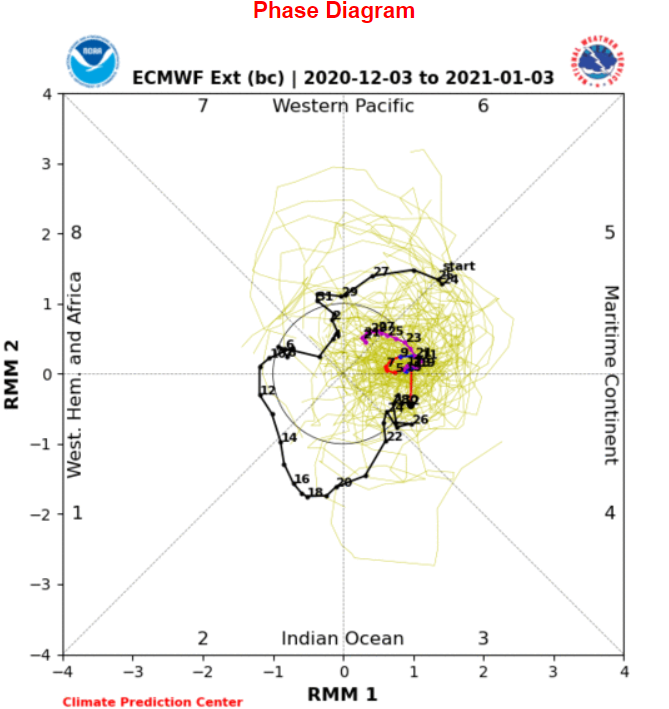 The only thing we can really hope for right now is that a more typical La Nina pattern (image below) sets up soon where a high pressure ridge in the Gulf of Alaska is undercut by a variable Pacific jet stream with CA either clipped by fronts or sometimes bulls-eyed by a passing storm. Right now we are not seeing that jet stream pattern. WG