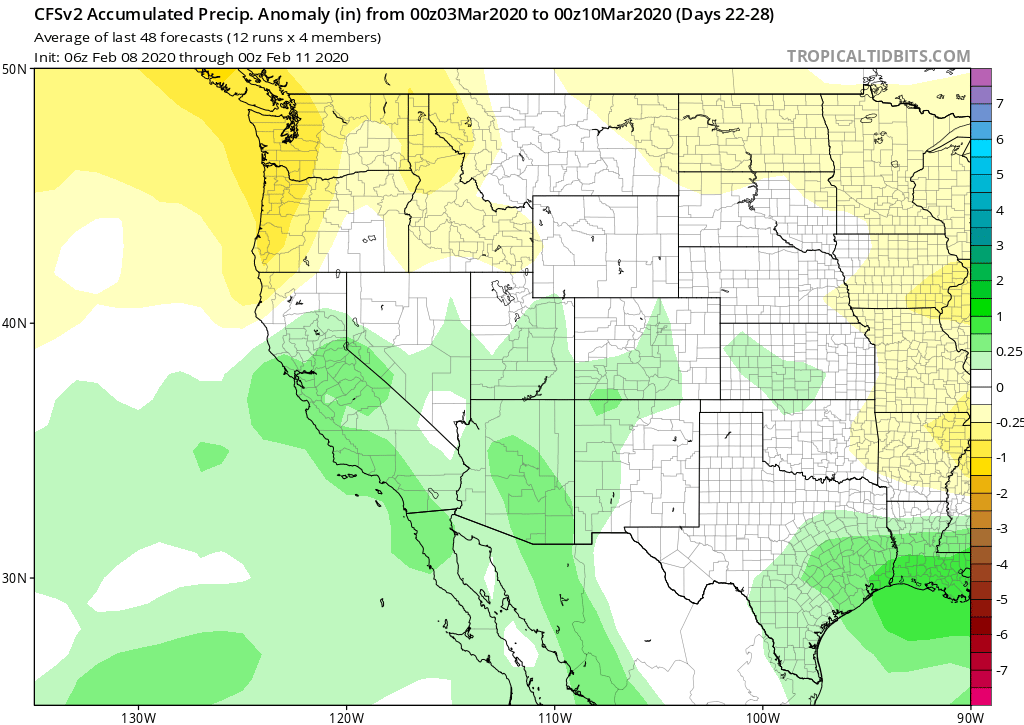 Looking at the weather this Tuesday morning, as the low that slid to our inside on Sunday continues to head east we have been left with more northeast winds.

Winds are backing off today and are out of the NE @ 60+ MPH, way down from the gusts to 145 MPH we had on Sunday also out of the NE.

It’s like a broken record now, we get a few warm days then it gets very cold and windy with a dusting of new snow and then it takes a few days to warm up again.

I call this the no snow that really matters pattern. Not what we want to see during February, but like Dave used to always say to me when I asked him about snowfall “it’s feast or famine” in Mammoth and the Eastern Sierra.

The bottom line in years with lot’s of upslope winds it means we are in the wrong weather pattern for powder and tons of snowfall.

At least we can be thankful we still have a base and that they are able to make tons of snow with all the cold air over the last few weeks. I remember years like this before snowmaking, right now we have it made compared to the good old days of counting on natural snowfall. 🙂

The good news is most seasons when we get a long dry cycle like this 90% of the time the pattern breaks down at some point and we get a good storm or two or more over the mountain. We have even had massive March Miracles for those of you new to Mammoth Mountain weather patterns.

I lived through the 91 winter season in Mammoth, we got down to 2 runs open by the first of March and then we picked up 20+ feet of snow for what was at that point a record-breaking March snowfall month for Mammoth Mountain. Two years ago it had not snowed for 3 months and then boom March was a massive snowfall month. I say Never Give Up!

Let’s take a look at the On Hill Weather the next few days,

Tuesday: Morning lows will be into the teens to start the day with clear skies expected all day long. Expect temperatures climbing into the upper 30s to low 40s with winds continuing to be out of the NE. Wind speeds will be 10-15 MPH on the lower and mid-mountain with gusts in excess of 50 MPH possible over the top during the early morning hours decreasing during the day.

Midweek: It now looks pt sunny with light north winds 5-15 MPH turning to the west, with highs in the upper 30s to low 40s with morning lows in the mid to upper 20s. It should be a great time to get some turns in out on the hill with the snowpack loosening up a bit.

Talk about the same old pattern… this weekend is forecast to be clear and nice on Saturday and then just like last weekend a system slides inside to our east giving us a dusting with a NE wind and much colder temperatures on Sunday.

There is a trend that could pull this system just a bit more west, if that happened we could pick up several inches of snowfall. The most likely track of this system is going to be about the same as the last few that moved through the area.

It’s looking on the dry side for the rest of this month. The weekend after next there will be a large area of high pressure over us. The high would bring clear skies that entire weekend with well above normal temperatures and most likely light winds. 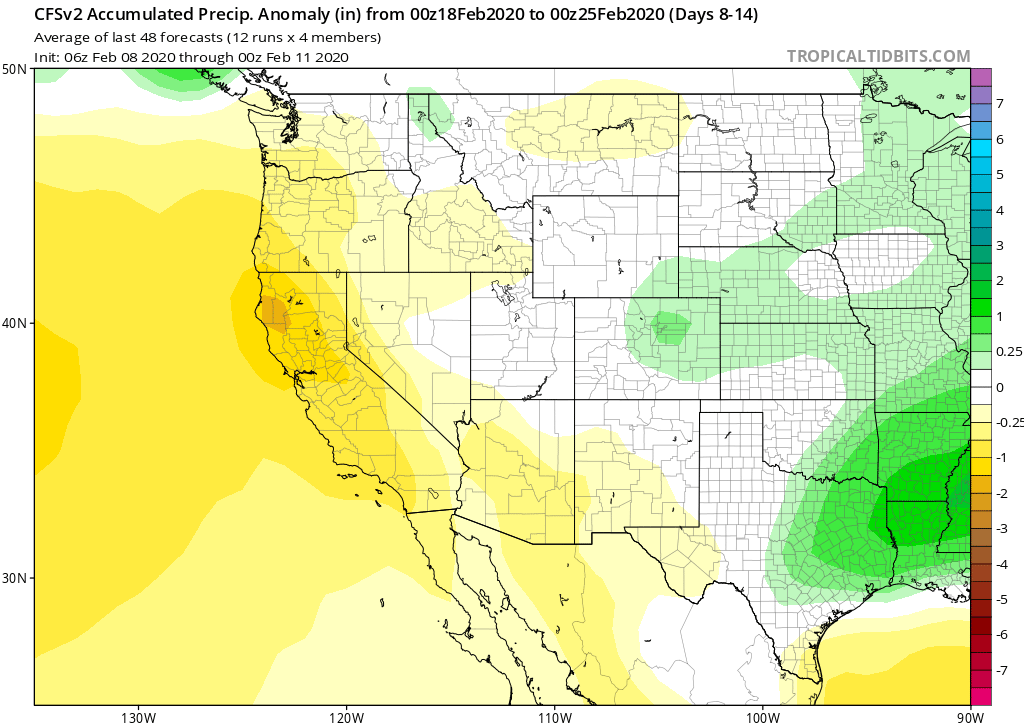 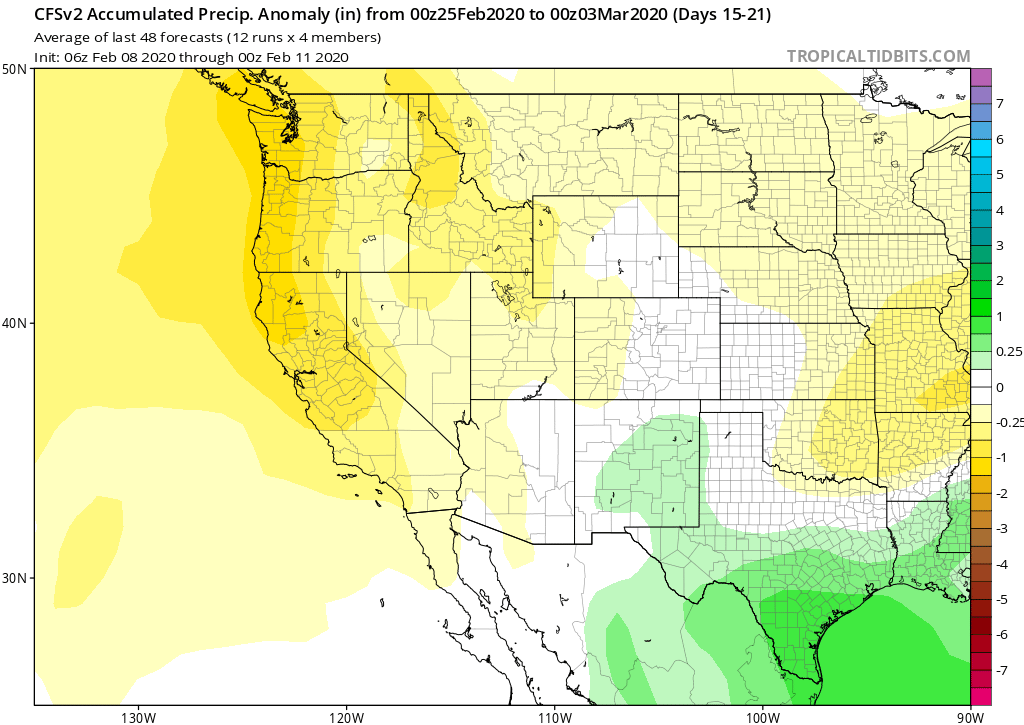 Beyond that, we might start to see the slow transition to a possible wet pattern of some kind. My least favorite model is the CFS model and it is showing that change first couple weeks of March with some snowfall possible.

This weather model does this a lot with one run showing wet and then the next dry, however, this trend has been showing up for the last few days. It’s also supported by some of the other data I can’t share on this blog. 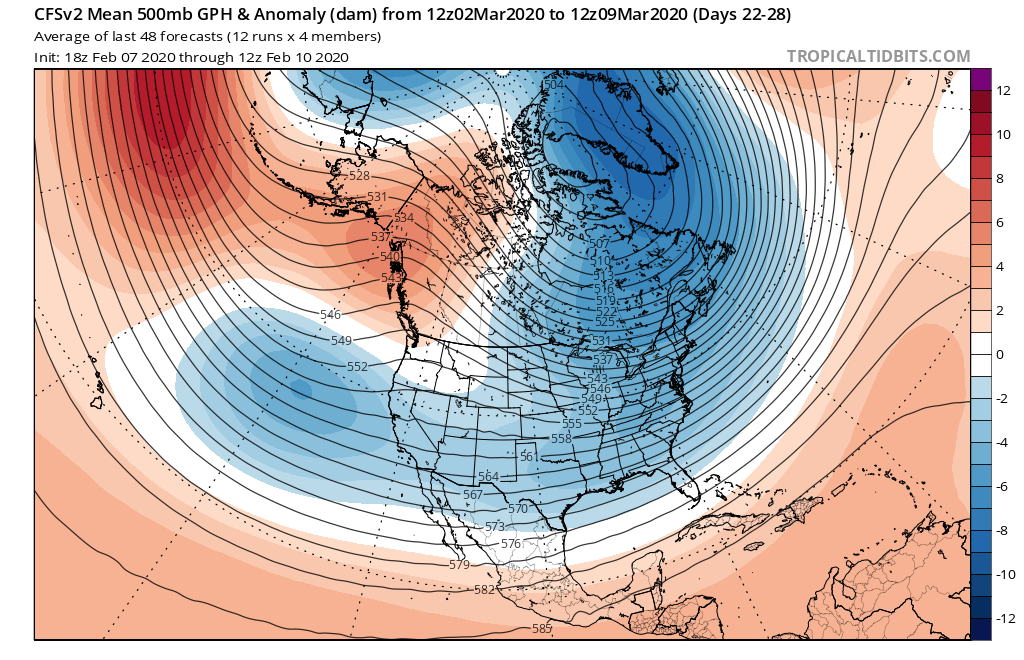 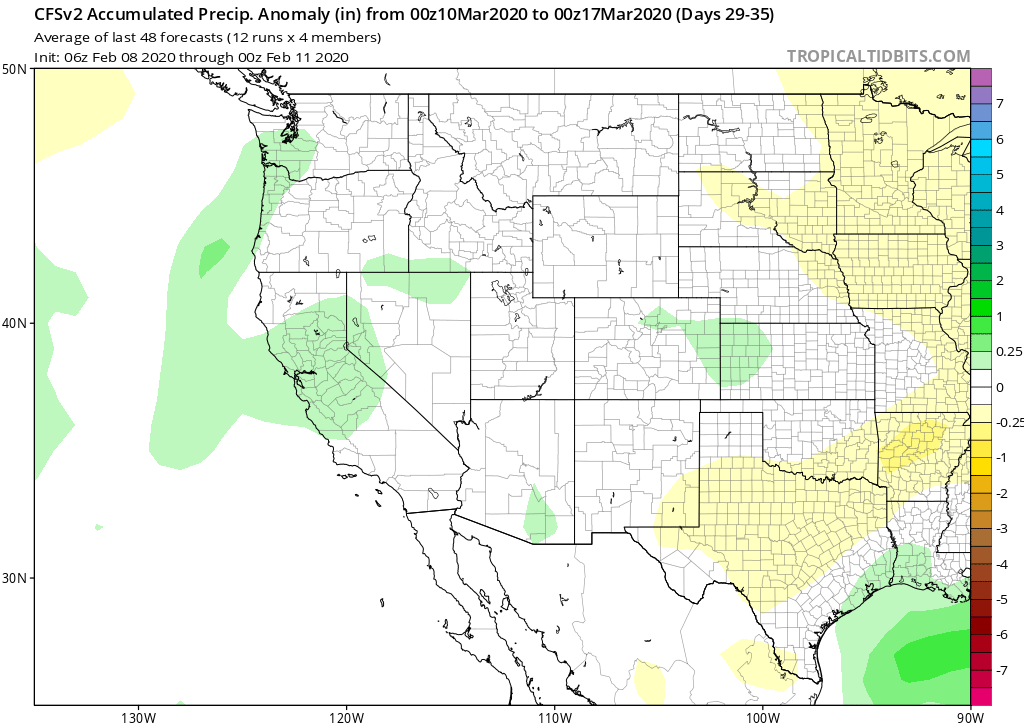 As I have always said confidence beyond 10 days out is pretty low.

For now, we are stuck in a dry pattern, come on up for some great groomer skiing and riding the snow is still fun. Add in some other activities as well and you’re in for a great trip. Snowman out…

Daily Sponsor Plug:  Lodging Deals – 760-709-1351 – Several Snowman Fans that have a condo rental unit in Mammoth Lakes, are offering you a discount code to save 20% on condo rentals. Here is the link to these condo units.